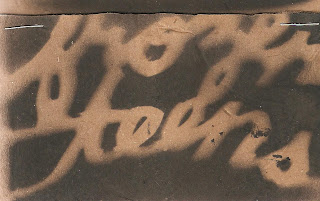 I put out a compilation tape years and years ago called "Fuck The Curse", which compiled 26 great bands from an area of the southeastern US that is colloquially known as "The Region." The title of the comp was inspired by a JARVIS practice tape that captured the band complaining about how they believed that they were cursed and could not find a way to escape their fate as a band who would always have bad recordings and fucked up releases. The compilation ends with the band screaming "Fuck the curse!!" as a means to will the curse away. I intentionally cut the tape off there so that you couldn't hear the band fumbling through their song as everything falls apart (and more). It's meant to make you think that we can actually overcome this hand that we have been dealt as broke, careless punks and go on to make something memorable and timeless, which many of those people have now done time and time again.
Now, it's almost 12 years later and the curse is a lot less prevalent in the lives of many of those bands. It hasn't left town altogether, but now it's more like an annoying, pathetic neighbor who yells at you from across the fence when you're leaving your house, rather than a 6 foot brute who beats the fuck out of you everytime you press "record" on a 4 track.

Sometimes, I believe that the curse isn't as omnipresent because it sprouted legs and walked its sorry ass all the way to Minneapolis solely to fuck with the band, FROZEN TEENS. I first heard about this band when my friend, Erick played a show with them in Minneapolis and got their demo. He told me that it was great and that he had listened to it 20 (or something like that) times in a row while driving across Wyoming a couple of days after seeing them. When he got home from tour, he burned a CD of it for me, but when I played it, I was greeted by skipping tracks of their songs and a terrible hardcore song that they had accidentally burned on to all of their demos. Strike one.
Almost a year later, I saw FROZEN TEENS in Chattanooga and they were completely outstanding. Their playing sounded simple and standard, but in that way that is so fucking hard to make memorable. They acheived it easily and it looks like they're not even trying, but you know they are. It's moody and dark, but also bright, warm and poppy in the best of intentions. Play "Hopeless City" or "Footsteps" and see if your jaded little cold heart doesn't start to feel some warmth again in the way it did when you first realized you were gonna be a punk for life.  They remind me of a long lost band from Bumfuck, Nowhere in 1981 that only had a recording on a tape in an edition of 35 and later appeared on a Killed By Death compilation...or even think back further to a weird, old Pebbles comp. They could easily be one of those early proto-punk bands from the late-60's. They're not trapped in some goddamn nostalgia trip though. They're not standing around with striped shirts, bowl cuts and cool sunglasses. They're fuckin' punks! I'm sure they have a good selection of MARKED MEN, THE BEAT and WIPERS records in their collections...actually, I know they do.
After seeing them in Chattanooga, I bought their demo tape from them. Will, the guitarist (not Will, the bass player), informed me that they were all probably drunk during the recording, tape dubbing AND copying of the inserts for this tape. He also said that they had a Cd-R with more songs on it and the circumstances were the same. I bought the CD too, even though I never buy those things anymore. I really liked this band! I didn't listen to either one of them until I got home from tour a few weeks later. Their tape was one of the first things I threw in the stereo when I got to my room. It was totally blank. Strike 2. I thought, "Well, at least I have that CD with that demo and more on it." So, I put the CD into the player and....nothing. No music at all. Totally blank CD-R. Strike 3. I found out later that only a handful of lucky souls actually got any music from them on that tour. Everyone else got a short little blank tape to make mix-tapes with. The curse was really working overtime on these guys.
They actually put out a split 7" with Kansas City's STREET LEGAL (you can get it from Shut Up Records) and I fully expected their side of the record to be blank. It's not. It's great. They were also on a compilation LP called PUNKS WIN (no web info available), which was my favorite comp LP of last year. The band failed to enlarge their art for their page on the lyric sheet, so their page consists of some scribbled lyrics way up in the upper left hand corner and the rest of the page is blank. Can you get 4 strikes? (For the record, I think it makes the art look pretty cool and that comp is completely bad ass, covering all walks of punk in MPLS. Track it down if you can.)
They have a full LP on the way that will be put out by Do Ya Hear We in the very near future and I, for one, am very fucking excited. I won't begin to tell you about how they fucked up the cover art for that the first time around.
Download FROZEN TEENS (updated 2013) 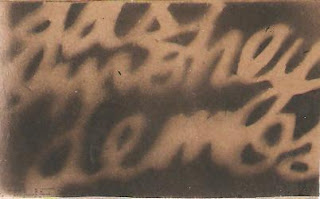 Thanks to Mike Wilson (who has been a Remote Outposts supporter literally since day 1) for providing the FROZEN TEENS tracks. There was even a problem with that. When I would try to download the song off of my email, the computer would download each song 3-5 times. Hopefully, it'll all be smooth for you.
And finally, if you're a Bay Area local, do yourself a favor and meet Mike Wilson, who is arriving in town TODAY from his home of Duluth, MN. He is making the Bay his home for the next 3 months to escape the frozen tundra of Minnesota. He is a true punk rock hero in many different ways.
Posted by Harvester at 1:18 AM