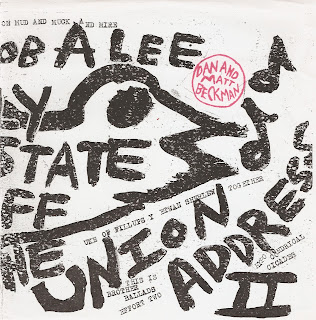 UKE OF PHILLIPS and ETWAN SHERLEW are brothers Dan and Matt Beckman (among many friends) and both play acoustic/electric music that seems to be inspired by everything from MICHAEL HURLEY to THE RESIDENTS to PETER GRUDZIEN to DAVEY WILLIAMS to everything inbetween. They incorporate guitars, tape manipulation, reverb tanks, air organs, horns, freight trains and chickens in their songs and final result is beautiful. These songs were recorded on a four track in Dan's (and Amy) old house at 420 Harmony in New Orleans. Matt took time off from his job as a scientist in Alabama to play on this record. Dan, Amy and friends still play under the ever-changing moniker of UKE OF...(last I checked, it was VILLAGE OF SPACES CORNERS). Download this shit and tweak the fuck out. 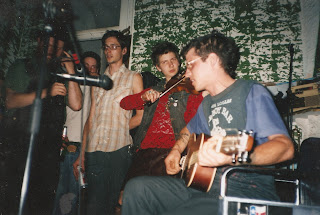 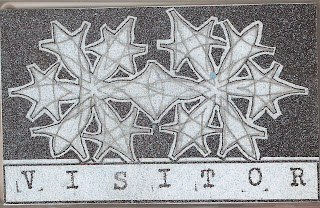 There is absolutely no information with this tape. No song titles, no band member's names, no vocals and no fucking thanks list. There is almost one full hour of droned-out, down tuned, multi-layered, fucked up brilliance though. There's 3 tracks on here (possibly 4, but it was hard to tell) and all of them meld into one great piece (peace) that will melt your afternoon away. This tape was left for me on the windshield of the tour van in the rain and it seemed fitting. 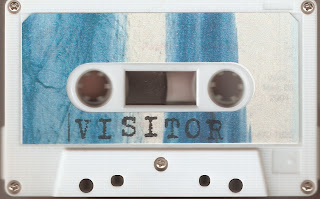 Download VISITOR
Features members of THIEVES and THE SPACECHRISTS
Posted by Harvester at 12:02 AM 2 comments: 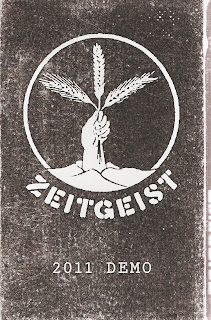 I just got back from tour. Like all tours, there were some low points and there were some high points. One of the low points was our show in Pittsburgh. The show itself was pretty great (for all the other bands), but we played badly and there was so much band tension that you could cut it with a knife. We were giving off bad vibes a mile wide. The drummer of ZEITGEIST traded tapes with me either because he felt sorry for us or actually liked the crappy six-song set that we played to a room quarter-filled with bored hardcore kids. Either way, I'm glad we traded tapes because when his band took the stage, they completely erased my negative mood and made me want to jump up and down (even though I sorta bobbed side to side in the back of the room). ZEITGEIST plays driving, melodic punk that sounds raw and fresh and can fall into the newly coined category of "Knuckle-Draggin Rock" (coined by Cinque). The energy of their live show was invigorating and they were easily the best band of the night for me...which is saying a lot since they were followed by ICON GALLERY and CROSS-STITCHED EYES. I don't know much else about this band besides that they are new and that they are from Pittsburgh. Enjoy this rough-ass recording and order their tape. 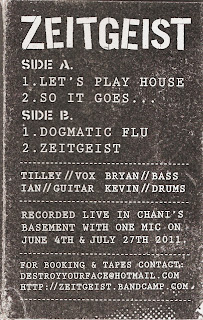 Download ZEITGEIST tape
The third song is cut off a little at the beginning because that's how it was on the tape
Posted by Harvester at 4:04 PM No comments:

No new posts for September because I'm on tour with my band, Dirty Marquee.
Please come hang out with us in your town.
You can find the tour dates here.
Posted by Harvester at 7:43 PM No comments: