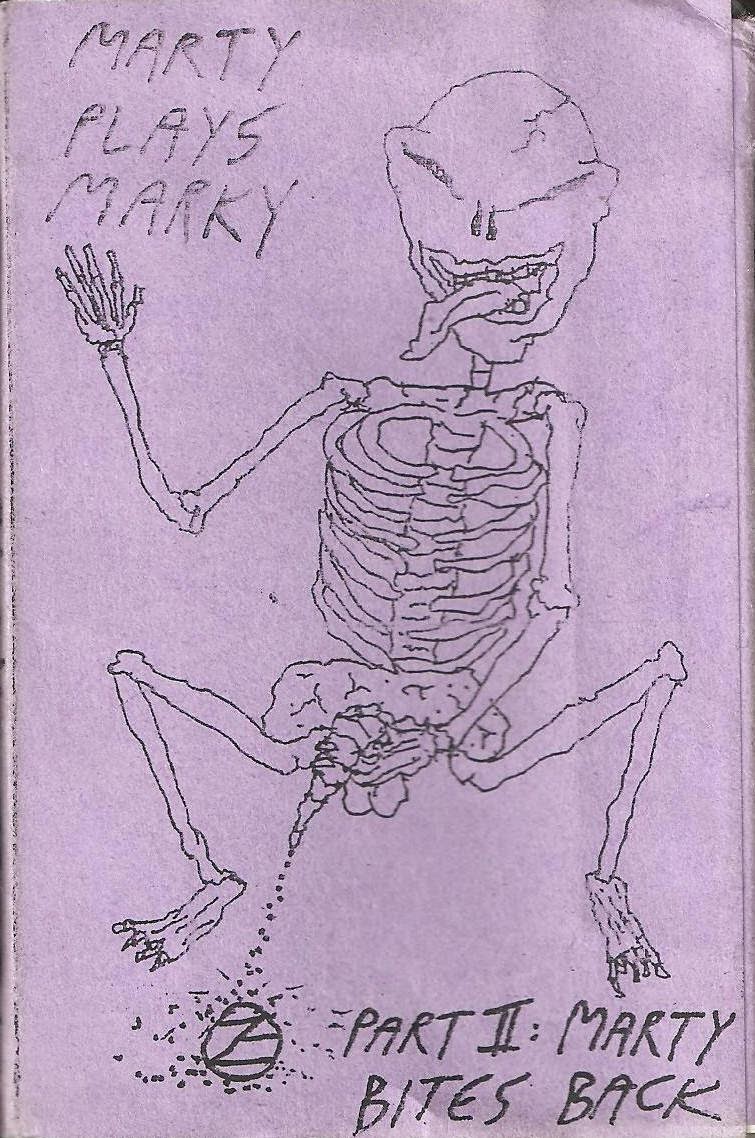 I want to preface this entry with the knowledge that I know good and well that it is privileged and babyshit bananas to sit here and talk shit about a huge, awesome event that takes place a few short miles from where I live. I know that there are people who read this blog and live in the middle of nowhere, wishing that they could go to some big stupid ass event rather than skate in the Wal-Mart parking lot again on a Friday night (No shame. That was my teenage years, except it was Piggly Wiggly, not Wal-Mart). With that said, here we go:
The Anarchist Book Fair took place this past weekend in Oakland and I mostly went to socialize with people who I rarely see. There were good workshops and talks about Ferguson, Mexico, eviction issues, labor practices and women's leadership in anti-capitalist movements. I didn't go to any of them. I walked around through the aisles in what feels more and more like a mall. There's not a lot of trading, haggling or barter happening. It feels like capitalism at work because it is capitalism at work. I found myself talking down V Vale on the price of his full set of Search and Destroy...his legendary newspaper / zine that started in 1977. Issue #1 was newly photocopied and I couldn't bring myself to pay what he was asking. He told me that he would autograph it and I said "I don't want your autograph." I saw his face fall a little bit, but we're fucking punks. We don't have idols. I don't want anyone's fucking autograph. It means nothing to me. I walked away with my money and he kept his zines so I could come back next year and we could try this dance again...like we've been doing for the last five years.
As I was biking away, I was getting upset about pining for a past that I never passed through. Sure, those zines contain amazing history lessons and photos of things that still inspire me, but I didn't need it at that price...and that condition. Instead, I went home and spent a bunch of money on bands, distros and zines who are creating their music and art now....at much cheaper prices.
Today, I got 6 tapes in my P.O. box with more on the way. All of 'em were created in the past year by people who would not offer me an autograph, but might offer me a place to sleep if I needed it. This one is called Marty plays Marky....It's a murky back story. Two bands. You're probably familiar with them...THE CONEHEADS and LUMPY AND THE DUMPERS. Mark from the CONES covered a LUMPY and a CAL AND THE CALORIES song on a tape (which you can find here). So, Martin from LUMPY responded to it with a tape of his own, covering THE CONEHEADS, HOT BEEF and some other weird shit. It's good. The sound quality is like a garbage fart. I'm glad I'm listening to this instead of reading Search and Destroy right now. 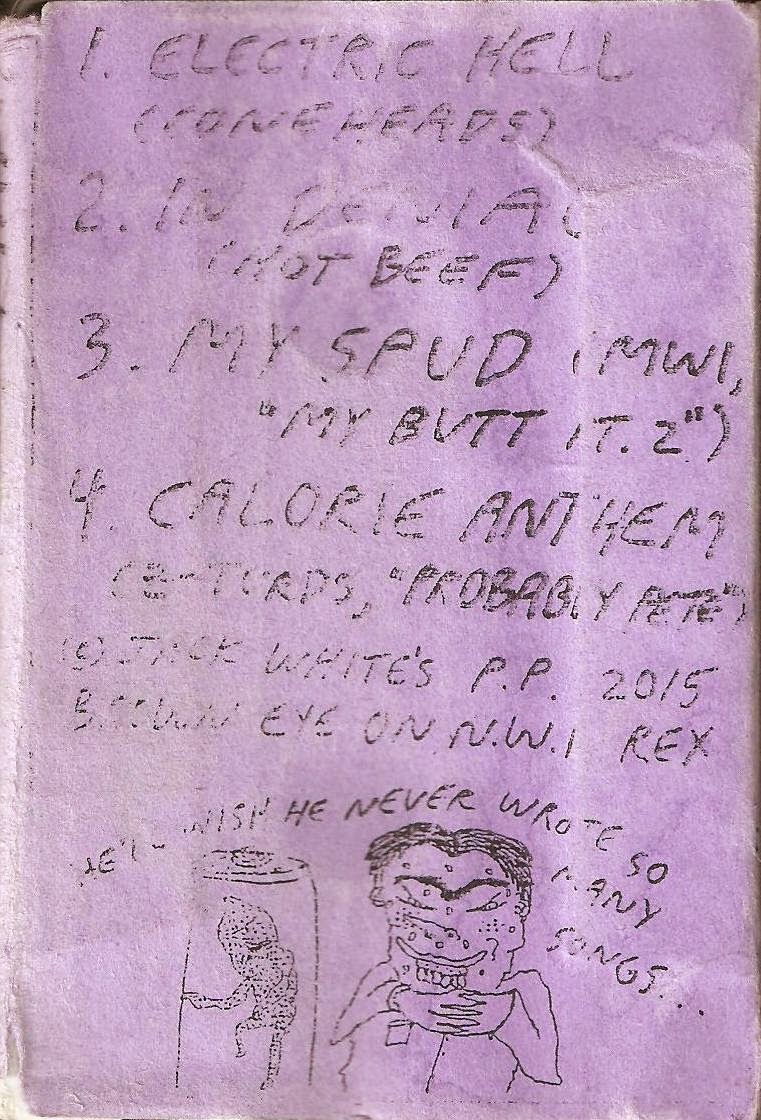 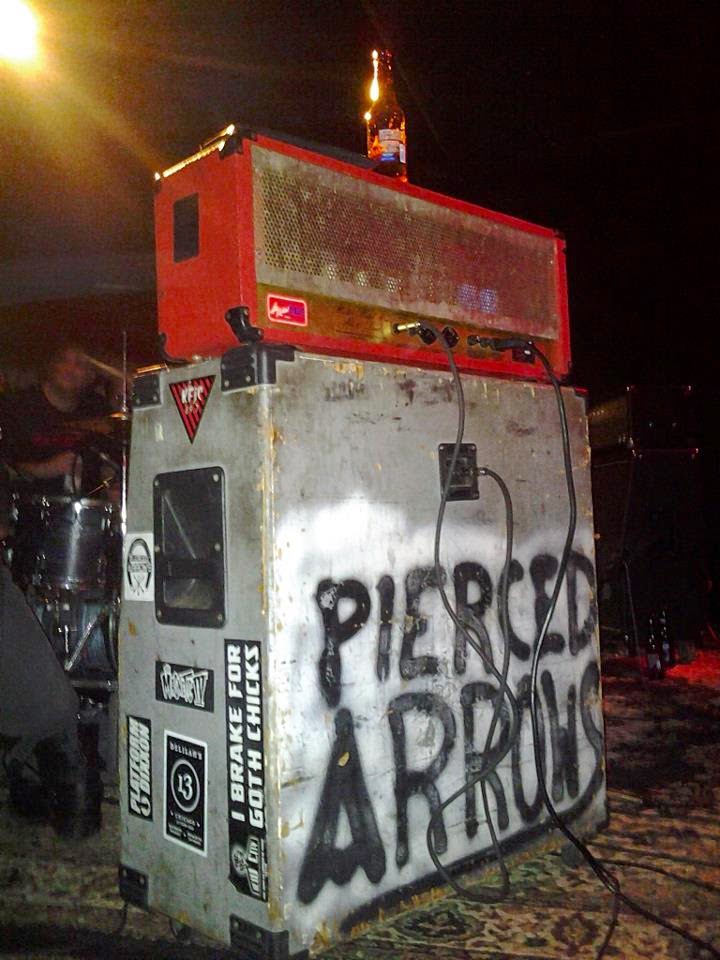 When DEAD MOON broke up in 2006, I was so heartbroken. I honestly felt like I had been dumped by a partner or kicked in the stomach or both. I thought that I had a lifetime of DEAD MOON shows to look forward to. Like, as long as Fred, Toody and Andrew were alive, I could rest assured that they would be there for me when I felt like I was at my lowest. If I was heartbroken, I could put on "Nervous Sooner Changes" and feel like someone felt the same as I did. If I woke up "in the bottom of something being loaded in a dumptruck", I could pull out the "Trash and Burn" LP and feel good enough to start the day...and not only start the day, but hold my head up high and take whatever damage flung itself into my life. The records are still there of course, but it was a whole different feeling to see DEAD MOON live with Fred and Toody's toes touching the edge of the stage while they sang each song with the fiercest conviction I've ever seen.
So, yeah...I was sad. I should've known that they couldn't stay dormant for long. Within a year, I heard that Fred and Toody were already back with a new band. I can make my guesses as to why they weren't playing with Andrew anymore, but that's the kind of talk left for late night drunken conversations or long van rides in the middle of nowhere. PIERCED ARROWS were already playing some shows in the northwest, but I lived in Indiana, so I had no clue when I'd actually see or hear them until this CD-R made it's way into my hands.
The band played on KBOO in Portland and it was only their 8th show. Most of the songs on here ended up on their first LP, "Straight To The Heart". They also threw in a DEAD MOON song for good measure and it's not the one or two that you might think it is. The recording is a good live recording, but the performance is a little....uh...rough.
It might go without saying that I've never felt the same for PIERCED ARROWS as I did for DEAD MOON. I don't know anyone who did. I'm not a fan of reunions or even nostalgia really (I know that this entire blog might make you think otherwise, but it's the truth), but when DEAD MOON announced that they were gonna play a reunion show last year, I didn't hesitate to buy a plane ticket to Portland. I even went this year when they did it again. Now, it just seems like they're a band again...and I'm fine with that. I wouldn't even mind if they put out a new LP. With Fred having heart surgery, Andrew quitting drinking (??) and Toody trying to hold it all together, I can imagine what kind of new desperate sounds they might create.

But this is about PIERCED ARROWS...and about their show on KBOO when they were just starting out...and how incredibly happy I was to know that they hadn't given up just yet. 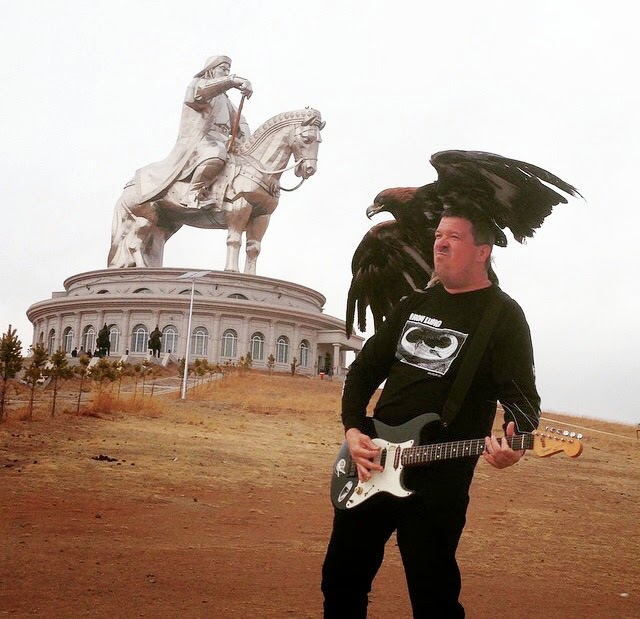 Alex and I were on MRR Radio this week, playing lotsa stuff, including a long set about how we don't give a shit about 4/20.
Also, check out this picture, taken by my friend Robert in Mongolia...

GO TO MRR RADIO
Posted by Harvester at 10:09 AM No comments: 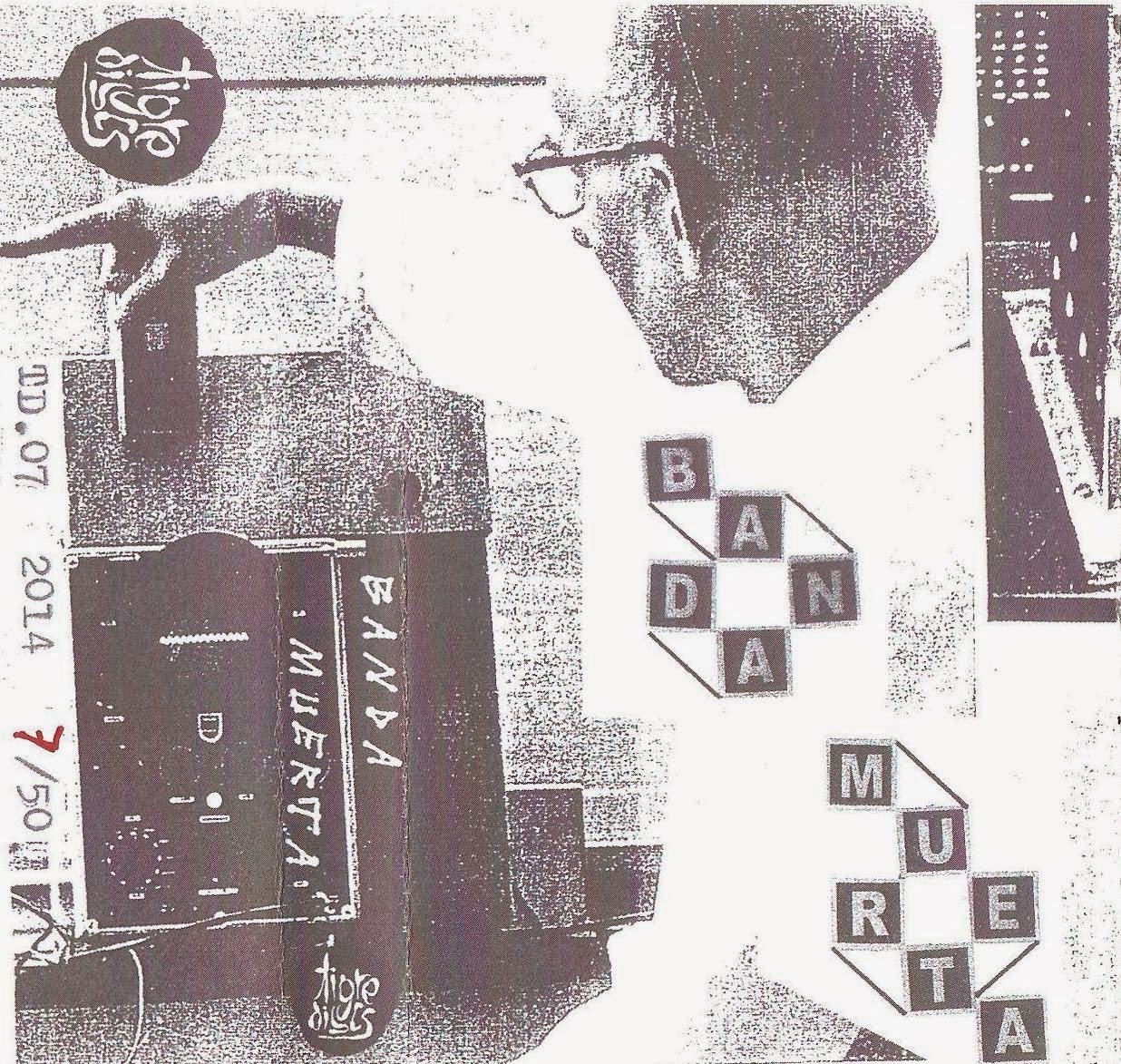 As a teenager, I was really into garage punk, but I luckily fell into quality shit right off the bat with bands like THE MUMMIES, THE BRENTWOODS, THE TRASHWOMEN and whatever the fuck Billy Childish was doing at that point. As I delved deeper in, I just found lots of rehash-trite-bullshit-sixties-rock revival with absolutely no soul. It got boring. It was like hearing the BEATLES but not understanding THE SONICS or PLEASURE SEEKERS. I moved on to pure punk and my usual weirdo vibes.
Lately, I've been coming back to garage punk because it seems like bands understand it again...or I just wasn't paying attention in the right places (more likely). Letting myself be open to these things again has led me to sitting outside of sold-out MUMMIES reunion shows full of boring fuckheads, looking at overpriced Billy Childish reissues and finding out that Elka Zolot from THE TRASHWOMEN is Kreayshawn's mom. You can't go back, but why the fuck would you want to??!
Luckily, we can all just look to the future with bands like BANDA MUERTA. I'll admit that when the first song came on, I was not that stoked until about a minute and a half in. Something clicked right then and I really started paying attention. I thought "This singer has no dynamics" and then I thought "This is cool...this singer has no dynamics!" It's just full on all the time and something about it reminds me of the same intensity I feel from the singer of LA URRS. The music itself is raw, urgent and extremely catchy. Like it or don't.

Members of COPYCATS and CARNE
(Calling this band "garage" is kind of a stretch really)
Posted by Harvester at 6:24 PM 1 comment: