Sometimes you drink coffee...sometimes you don't....maybe you get that feeling in your head that you want to listen to something short, fast and loud. No pretense. No bullshit. You might wish that every song would be over in less than a minute because your attention span starts wandering after 40 seconds. Maybe you want to hear a singer who sounds just as pissed as you feel every day when you walk down the street and you see another fucking condo being built where your friend's beautiful warehouse used to stand (and then you get more pissed as you think about how you and your friends are just as complicit in the act of gentrification in your neighborhood anyway). Maybe you want to rip your teeth out and throw them at people wearing Google Glass. Maybe you wanna press a cop's fucking nose directly into your asshole as you shit out a giant turd into his stupid fucking nostrils. Maybe you just wanna listen to hardcore. Here it is. 3 songs in less than 3 minutes.

This tape was put out by Lumpy Rex, I think. The tape is gone, but if you're dumb enough to buy a flexi, you can get a one by this band from Spotted Race.
You can hear the songs from the flexi here. It rules. 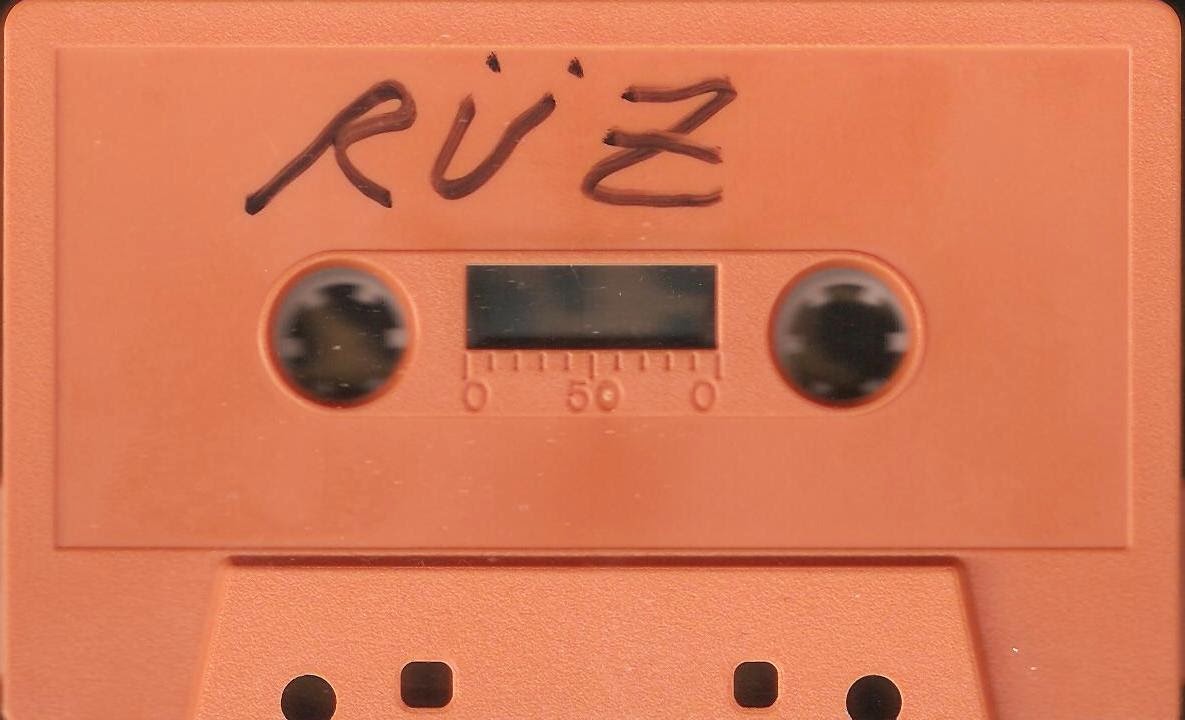 "I got a grudge against society, so I started stealing everything"
Posted by Harvester at 1:31 PM 3 comments: 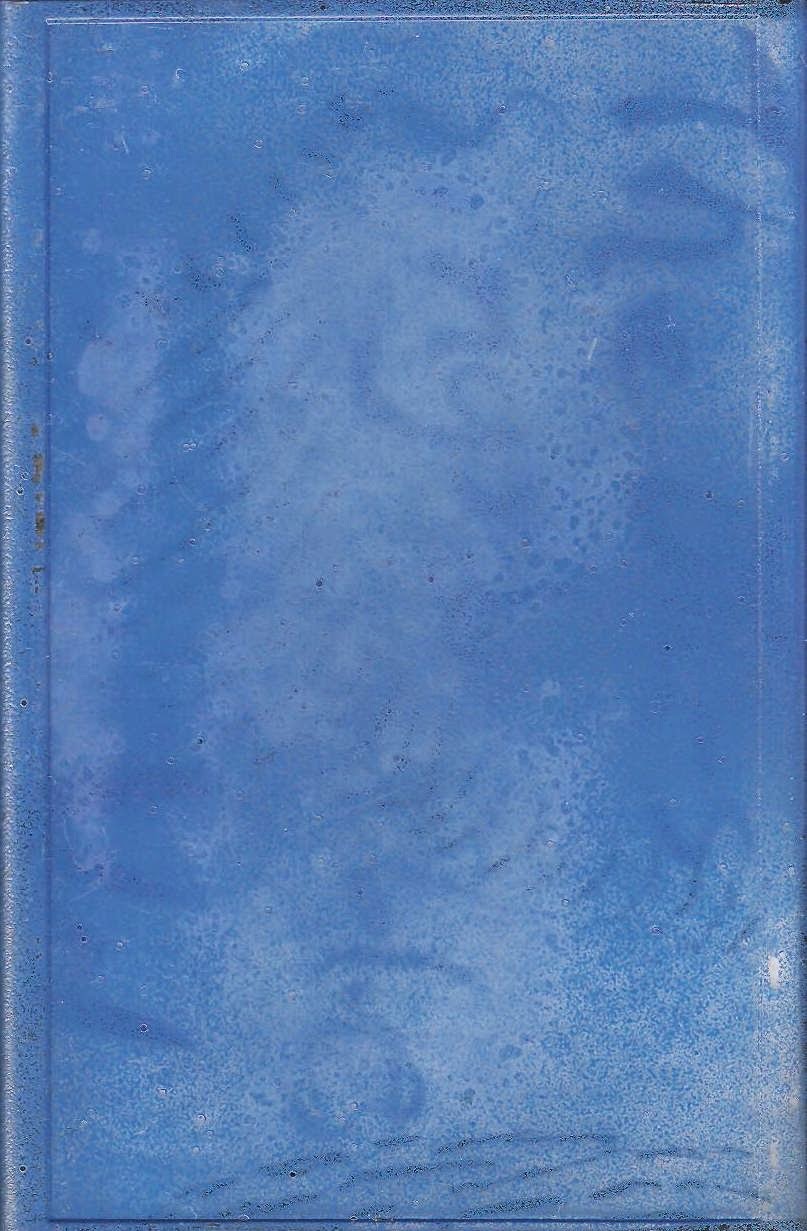 I pulled up in front of the punk house last night and I could hear that THE BLUES was already playing in the garage. I locked up my bike and wandered in, but the room was so packed that I couldn't even stand in there, so I stood out back and shot the shit while THE BLUES wailed away. I overheard some bro-dawg say "Yeah, I don't know what's going on in there. It's like, just noise or something, but there's all these people, like, staring at them and just looking around like they're thinking really hard about it. I had to leave."
When their set was over, I told their guitarist, Marissa that I couldn't get in the room and she said "Yeah, I looked up from my guitar and was surprised that we hadn't cleared the room yet." Max, the saxophone player added "Yeah. That's what happens usually." THE BLUES play something between noise and no wave and free jazz and skronky weird vibes, incorporating only the sounds of guitar and sax. I described it once as "like the financial district of San Francisco at rush hour" and "If you played this on a boombox in a crowded subway, someone might beat you up." I stand by that and I mean it as a compliment. The band has already put out a second release, which is an art zine (you can download it from them or maybe they'll give you a physical copy if you see them) and they have interesting future releases planned, which I will not give away.

Keep up with THE BLUES on their website, which I described as "janky" and my friend Caitlin made fun of me. "How can a website be janky? You just click on things and it works right? That's not janky"
Members of THE BLUES also play in WET DRAG, STILLSUIT, UZI RASH, LAND ACTION and moreeeeeee. 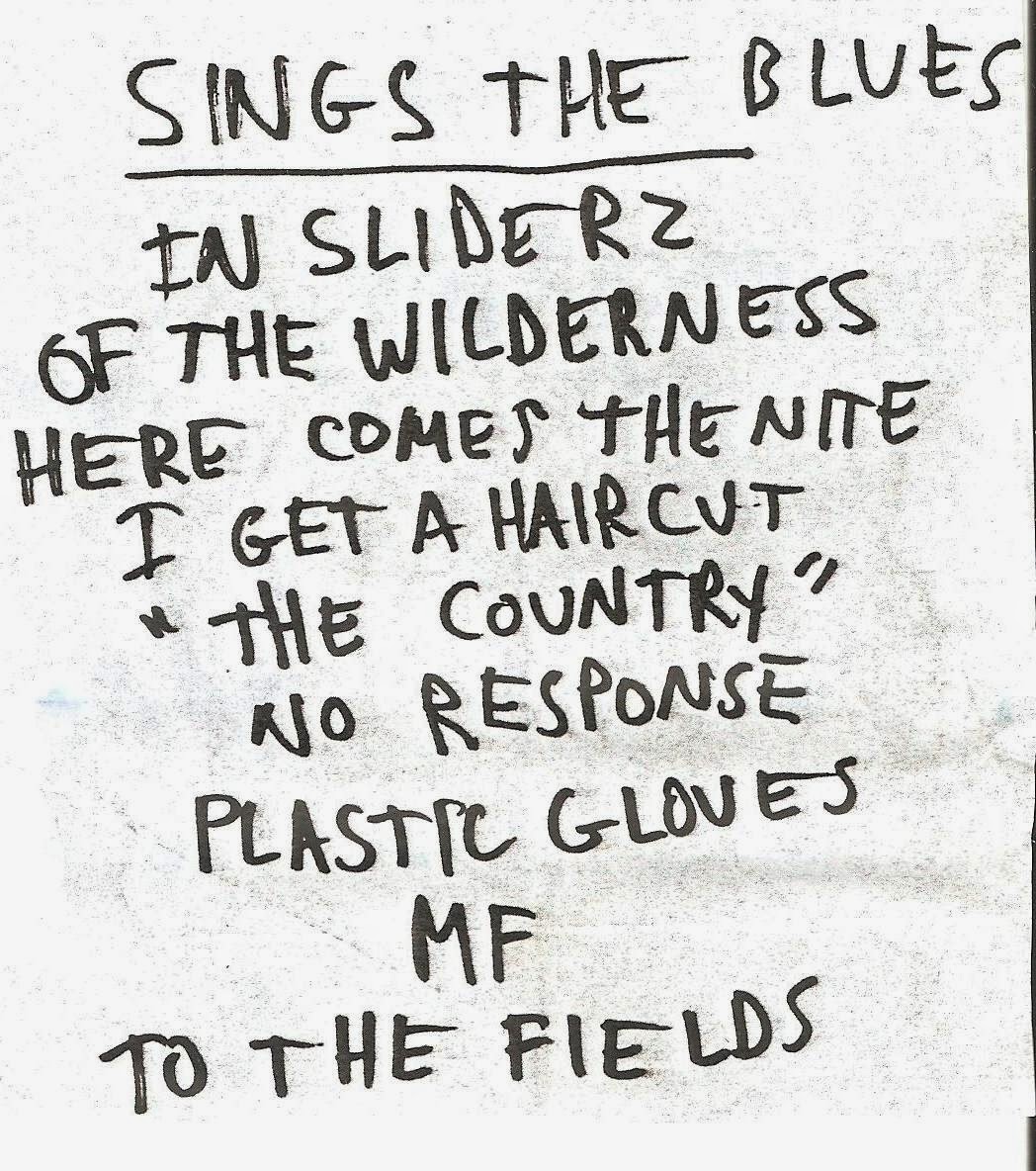 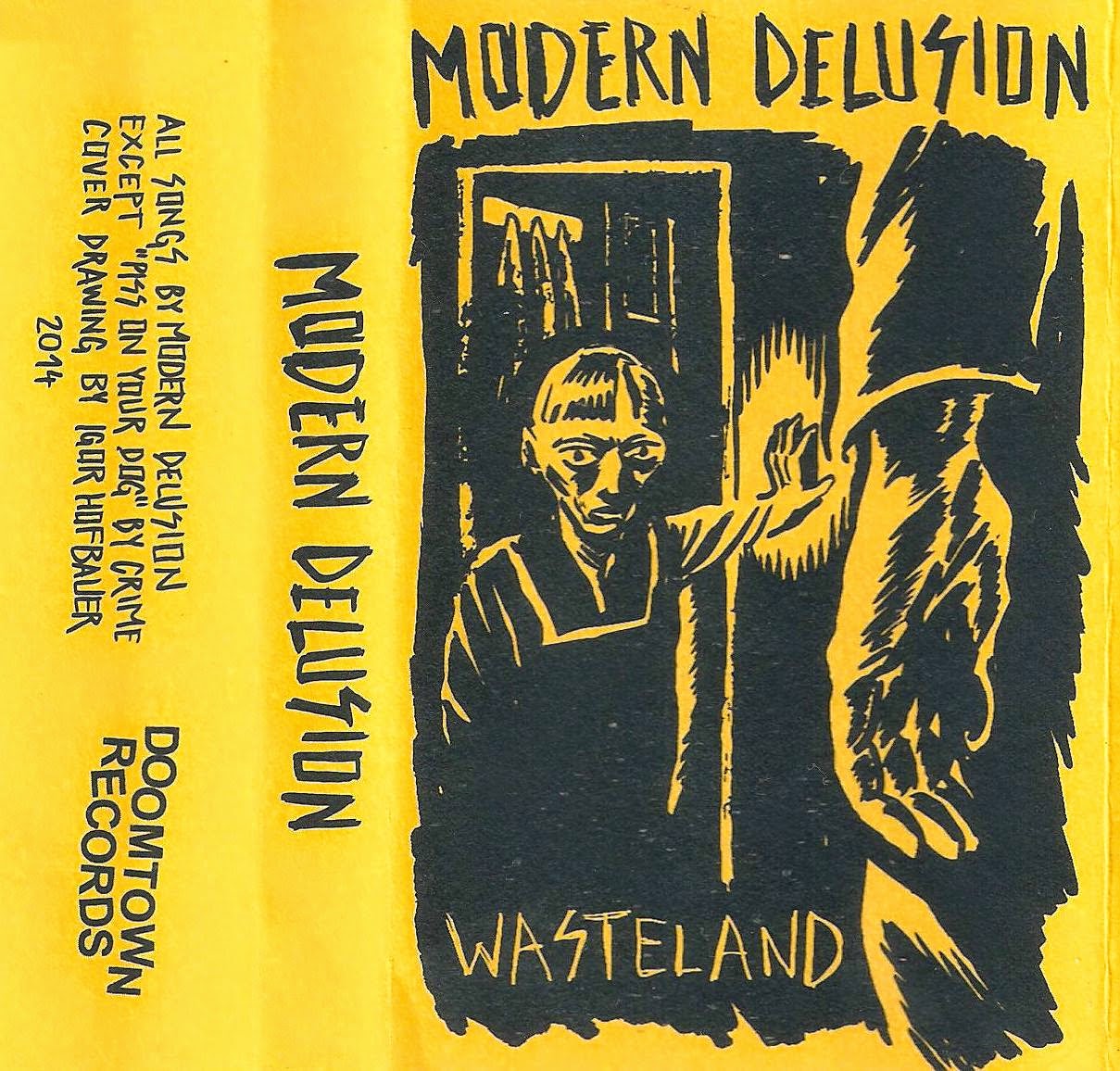 I really like synth-based punk when it's done well...like COUNT VERTIGO, LOST SOUNDS or some other shit like that. I like stuff that sounds unhinged and punk. Sometimes, synth bands go down a goth path (and I like goth too), but bands tend to lose something when they go down that path and turn into SKINNY PUPPY. MODERN DELUSION manages to sound like a lost Killed By Death style band from 1982..but also pretty modern and urgent. That's all I got. They're good. They're from Croatia. They play a CRIME cover. You can probably order their tape if you want to pay one million dollars in postage.

Usually, I like to just post free downloads, but when it's a current band, I think that you should support them any way you can. If you'd like to order a tape directly from the band, please go here.
Posted by Harvester at 4:25 PM No comments: 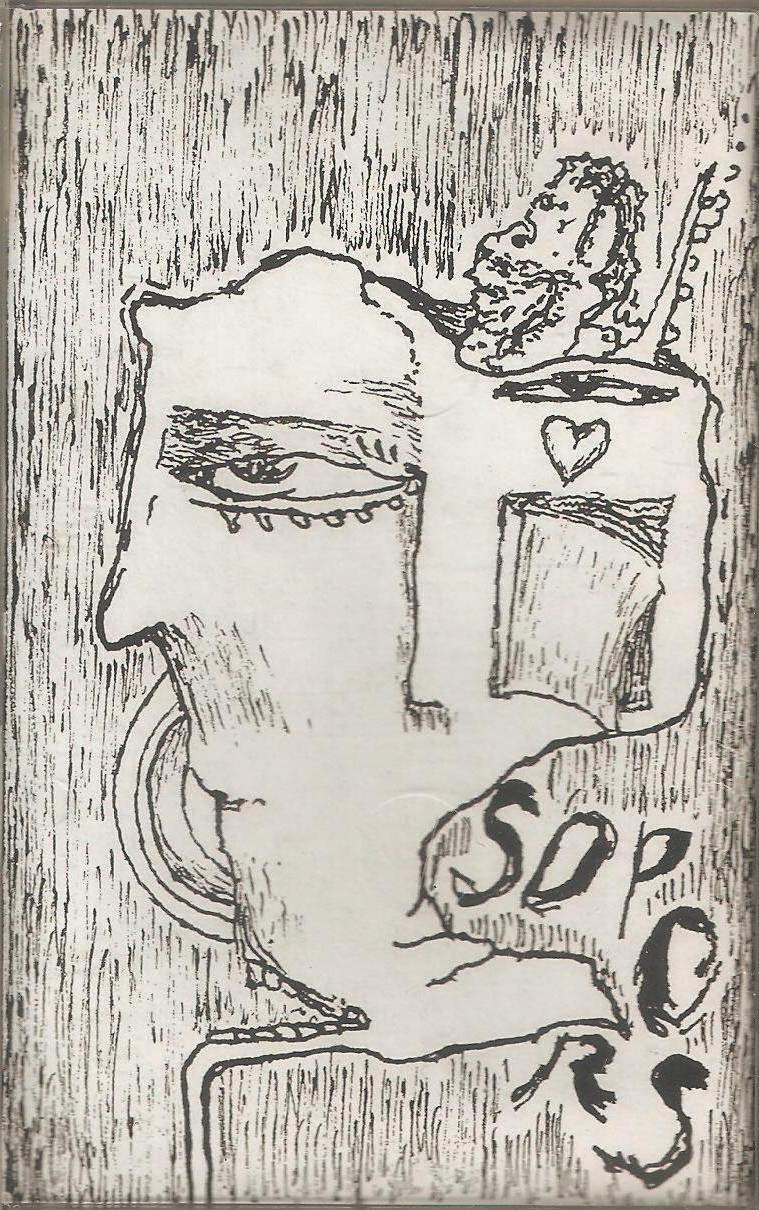 I've tried to explain the genius behind SOPORS in the past in a print publication, but trying to explain something like that is like trying to convince an organic food eater that fruit roll-ups are the best. It's all about personal taste. Everyone likes what they like for a reason and that reason is their own. I like SOPORS. You may not. I don't care anymore. It's your loss.
SOPORS are from San Francisco and (in my opinion) follow in the footsteps of a long line of local pop weirdos like 50 MILLION, HICKEY, TOMMY LASORDA, CRIMENY and many more. Maybe I'm wrong. Maybe they were just trying to sound like GUIDED BY VOICES and got it all fucked up, but really, I sometimes think HICKEY did the same thing (but added more drugs and a love of KISS). SOPORS sound like they're approaching songs with simple pop structures but then it all gets enveloped with a blanket of alienation, anxiety and paranoia. Some of the songs sound like everyone in the band had a different idea about how it should sound until an unforgettable melody sneaks out of the mire. I'm not going to try and convince you why this is good. That's up to you and your brain, but if you just pass this by without trying, I feel sorry for you.

If you want to order their full length LP (you should), go to Mongo Bongo Top Ten Hits

Sorry the blog is being updated at a glacial pace, but I've been trying to upload this music for two days and I kept getting system errors. Shout out to my non-profit file hosting service! 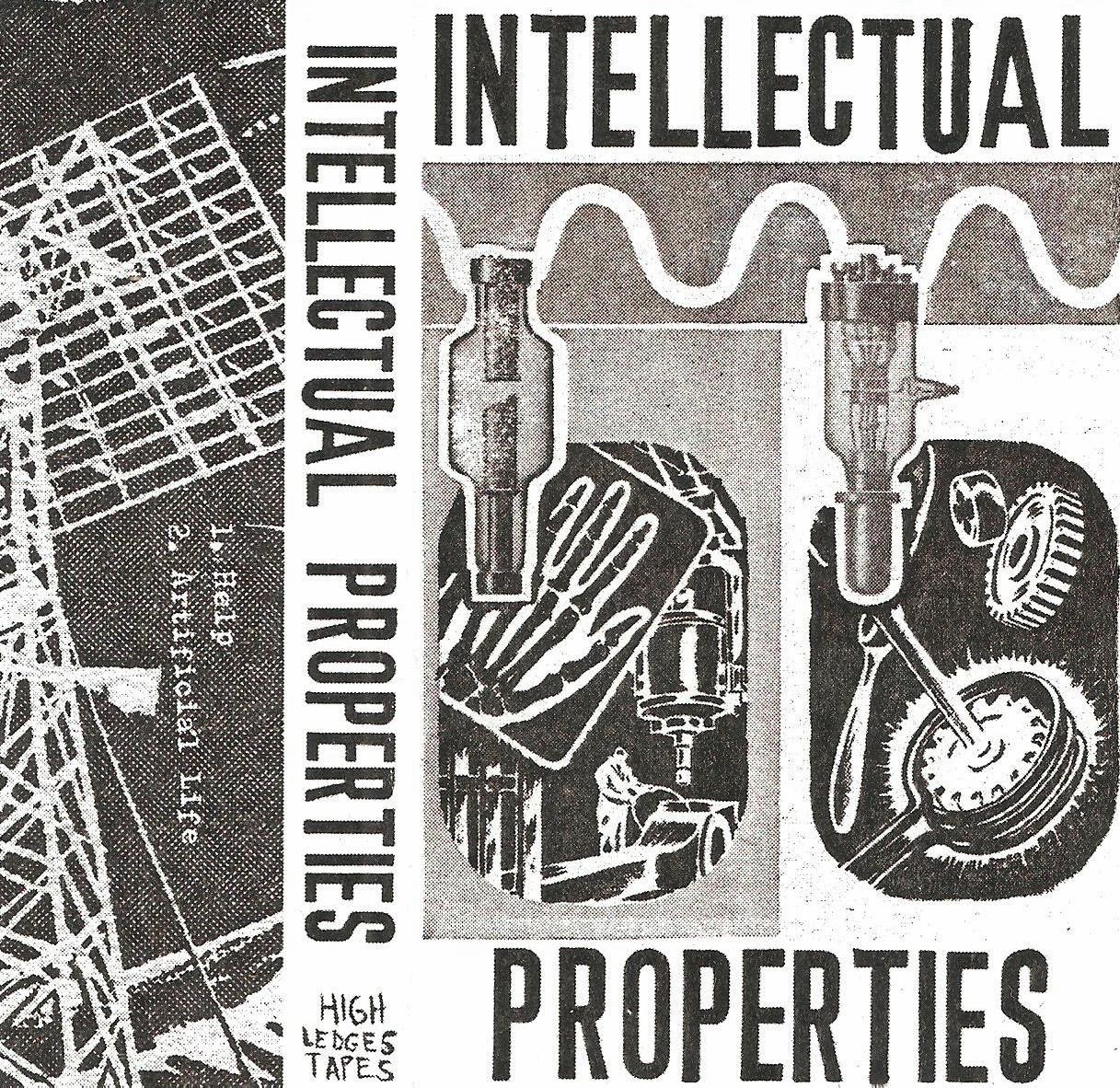 Look...I know that there's been a time in your life when you were sitting around in the gutter in a shitty part of town and thought, "Whoa, I wonder what it would sound like if members of ORCHID, AMPERE, VACCINE, FOREIGN OBJECTS and LONGINGS were sitting around talking about how much they loved the ANGRY SAMOANS and then decided to form a band and record it in one day?" Wonder no longer, my friend. 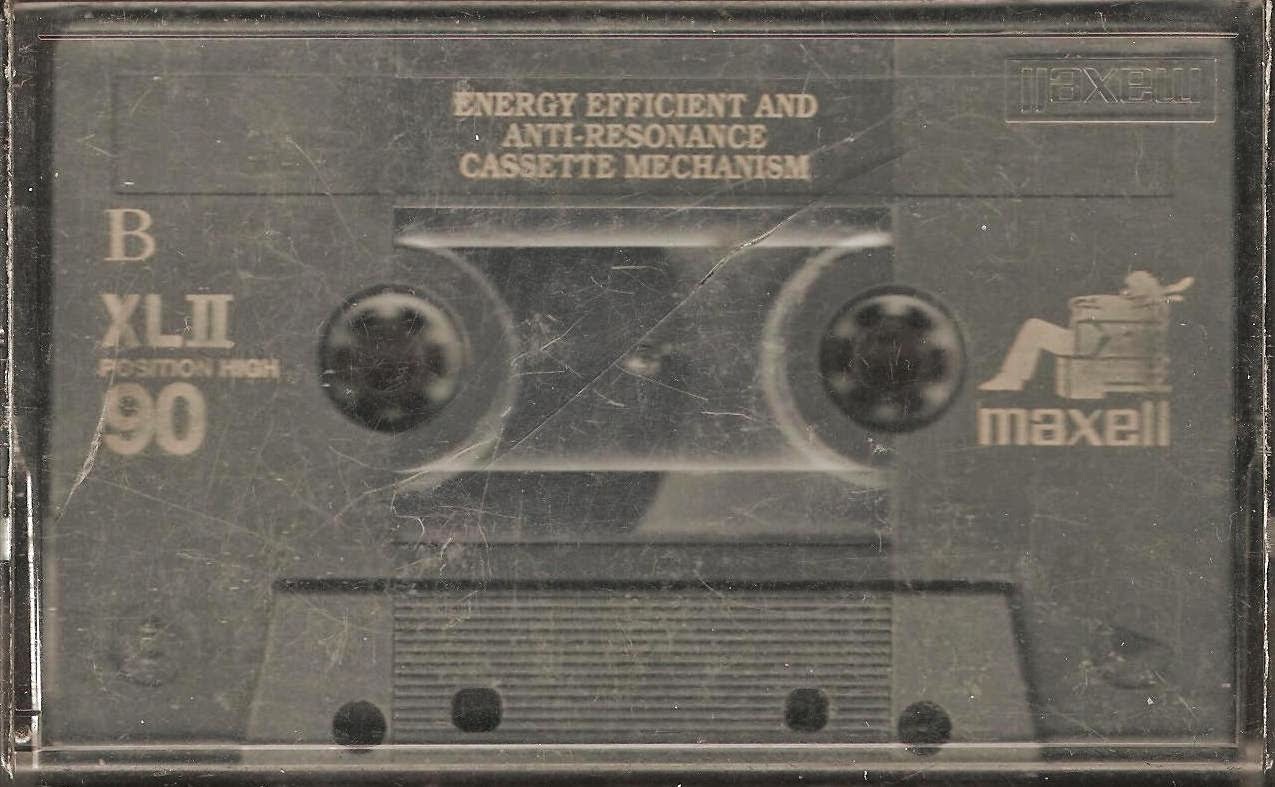 The fun thing about making a mix tape for yourself is that you don't have to give a fuck. You can jump to different genres and not worry about the continuity. You can put on "songs for your crush" without feeling all weird and self-conscious about putting on a "song for your crush". You can pitch-shift the whole thing up a notch so the songs are faster, because that's how you want to hear everything. You can put on songs that might be embarrassing.
I made this mix sometime in 2001 when I was traveling a lot by myself. It's a lot of my favorite songs from that time in my life and I think it still holds up today. I still like every song on here. I'm not gonna tell you who any of the bands are. You'll just have to figure it out when you download it. If you're into hardcore, you'll like this tape. Also, if you're into hardcore, you might not like this tape. Here's what I will tell you: The RSS song is one of my favorite songs of all time. There have been numerous times when I've screamed along to every word of the song that starts with "Sing it again..." and then looked down to realize that I'm driving over 80 MPH. Same thing with the S.R. songs. Luckily, the songs that follow those songs will jolt one out of their speed demon stupor. Just go for it...or don't.

As always, no apologies for sound quality or volume changes.
Posted by Harvester at 1:39 PM No comments: