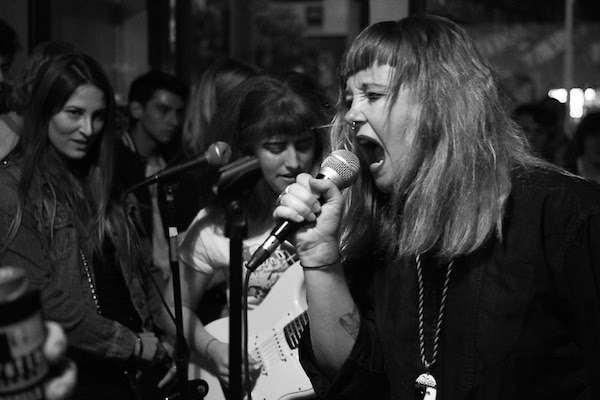 Travis and I hosted this week's MRR Radio, playing a ton of newer records and tapes. Take a listen if you feel like it. I think we did a pretty good job.

Also, there won't be any new posts until mid-August because I'm away from my room for a while and then I'm moving into a new house. Stay realer than real.
Posted by Harvester at 6:38 PM No comments: 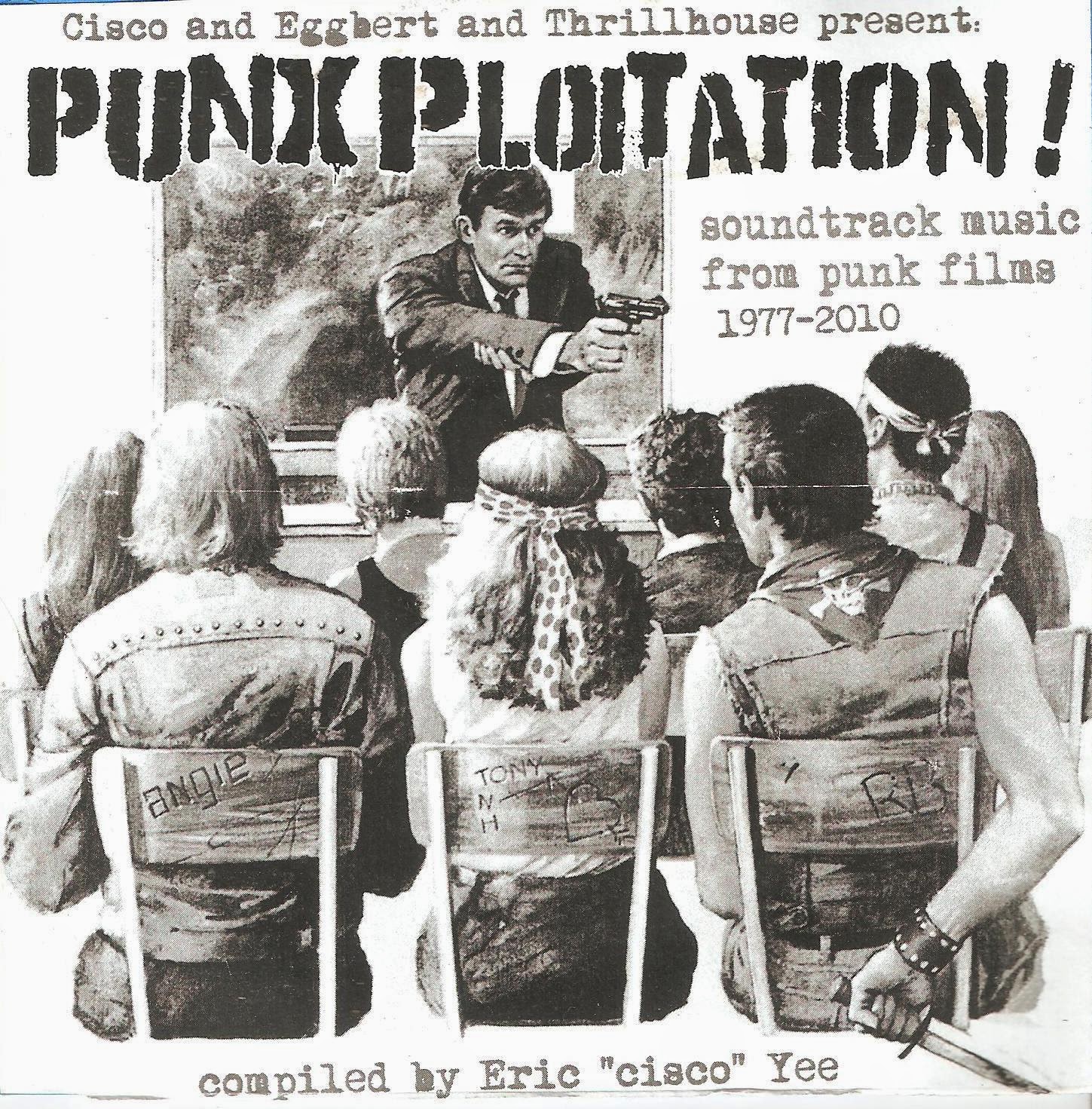 Punk fiction is a waste of time to me, but punk movies are another thing entirely. The more outlandish, the better. It's a little frustrating to watch punks get typecast over and over as garish, cartoony, moronic, day-glow freaks eating out of shit-encrusted dumpsters, but it's more entertaining than watching stale-ass norms munch on biscotti while discussing their affairs in a Starbucks. Even better, punk soundtracks rule,,,at least when they're good. Some are god-awful, especially when the directors or whoever-the-fuck compiles the music decides that shit like TALKING HEADS or THEY MIGHT BE GIANTS is punk, but sometimes, they're unstoppable and timeless. My favorite is when a band is made up just for the sake of the movie, such as EDGE OF ETIQUETTE, LOVEDOLLS or THE STAINS.
This double CD-R comp of killer and not-so-killer punk songs from movies was compiled by notorious local punk Eric Yee and given away for free at a movie night he hosted at Thrillhouse Records in San Francisco. If memory serves me correctly, he showed Tjenare Kungen (sooo good), Sir Drone (if you haven't seen this, just stop everything and change your life for the next hour) and Desperate Teenage Lovedolls ("Hey, thanks for killing my mom!"). Within this comp, you'll find fictional bands, some well-knowns and some obscure foreign burners. Thanks to Eric, Eggplant and Thrillhouse. Enjoy!

If you're a freak about punks in movies or just want an amazing book about that subject, track down Destroy All Movies....one of my favorites.
Posted by Harvester at 12:43 AM 10 comments:

Email ThisBlogThis!Share to TwitterShare to FacebookShare to Pinterest
Labels: Punk 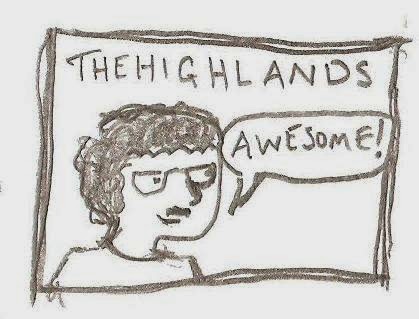 This tape is a companion piece to the DICK VAN DYKES post from yesterday because it was recorded on the same day in the same place with most of the same people. THE HIGHLANDS was our friend, Ryan's home recording project where he played short, fast, catchy songs that rarely, if ever, lasted over 45 seconds. He would include tapes of these recordings with his zine, 5 Minutes of Your Time. We (D.V.D.) encouraged Ryan to play shows with a live band, even though his set would last 5 minutes or less. When we recorded the D.V.D. songs, we got Ryan to play some of his songs with Chrissie and I accompanying him on bass and drums, respectively. It's a little rough, but I like the songs a lot. We even got him to record his epic two-and-a-half minute super pop jam, "Changes Pt 3", which has Bob playing drums and me on bass. If I can track down the original home recordings, I will post those one day, even though you have to turn those up all the way just to hear it. 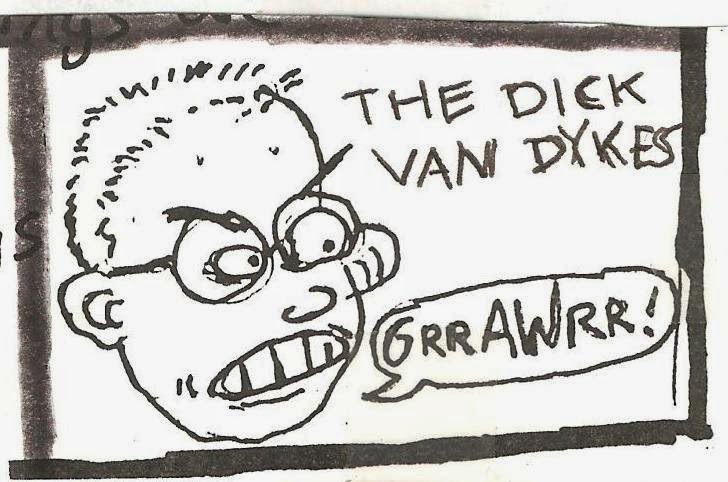 THE DICK VAN DYKES started abruptly in the north Alabama bedroom of a teenage boy who went by the name of Bob. Bob started showing up at punk shows when he was nine years old, sporting a 3 foot mohawk and a dress shirt that had the names of punk bands scrawled all over it in Sharpie. Bob was kind of a jerk then, but we all wanted to be his friend and soon, we were.
By the time this band formed, Bob was 14 or 15. The other members were Blair Menace and myself. We were both in our 20's and being around Bob made us feel ancient. We just formed a band on the spot and wrote all the songs in about 5 minutes, with subjects ranging from receiving postcards about tackling cacti n the desert to the band BLACK DICE to the comedy duo of Don Knotts and Tim Conway. It was bad. We recorded it and went our separate ways.
Later, I kinda lost my shit and moved away from Chattanooga and into Bob's mom's windowless basement in Huntsville, AL. Our good friend, Chrissie had also kinda lost her shit and moved home to her dad's place in Pulaski, Tennessee, 45 miles away. One night, I drank too much coffee and lost my shit a little more and decided to walk to Pulaski to hang out with Chrissie. When I got there, 8 hours later, my feet were bleeding and I didn't make any sense. Soon, we were both back in Huntsville and Chrissie was in our newly revived band. We decided to spend a little longer writing the songs this time and were happier with the results. Bob was (and still is) the fastest drummer I've ever played with, which was awesome because I only want to play hardcore if it sounds out of control. Oh yeah, we were a hardcore band once Chrissie joined us and began talking about AUS ROTTEN and DS-13. She played bass and sang, I played guitar and tried to yell. 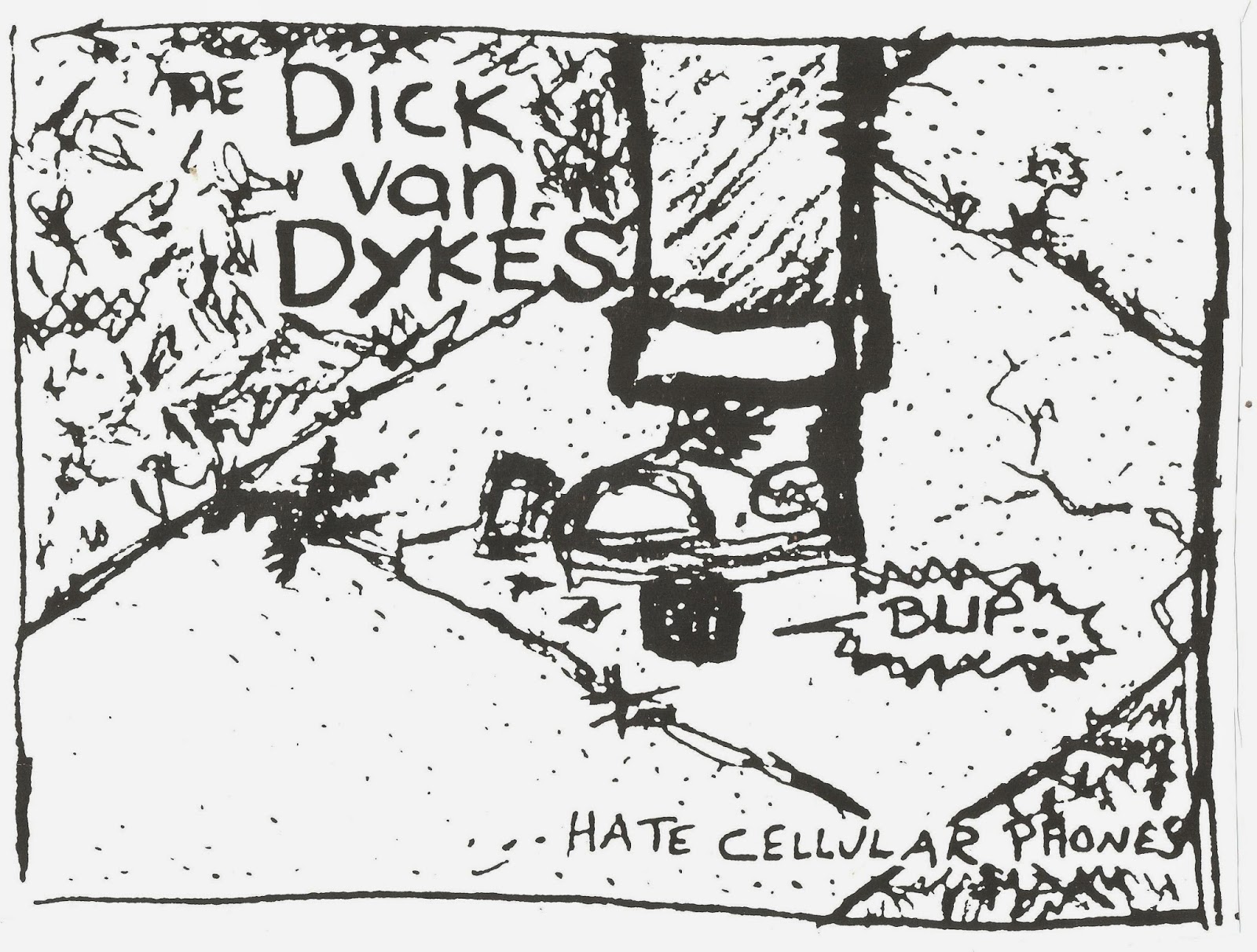 We never thought we'd play outside of Bob's basement, but we did eventually. We even went on a very short, ill-advised tour in a primer grey, early 80's clunker car that was bought at a police auction. At one of the shows, someone who lived at the house decided that they didn't want a show there, so they locked all the doors and left. The promoter simply broke in and had the show anyway. We recorded this tape back in Chattanooga at Rear Entry (a practice space in the Highland Park neighborhood) with our friend, Ryan. It was recorded live on 2 tracks, mostly in one take and very sloppily. Some songs are good. Some are bad. You can decide which is which. I will point out that our cover of the HIGHLANDS "Changes Pt 1" is just awful. If you don't know who the HIGHLANDS are (and I'm betting that you don't), please check back tomorrow. 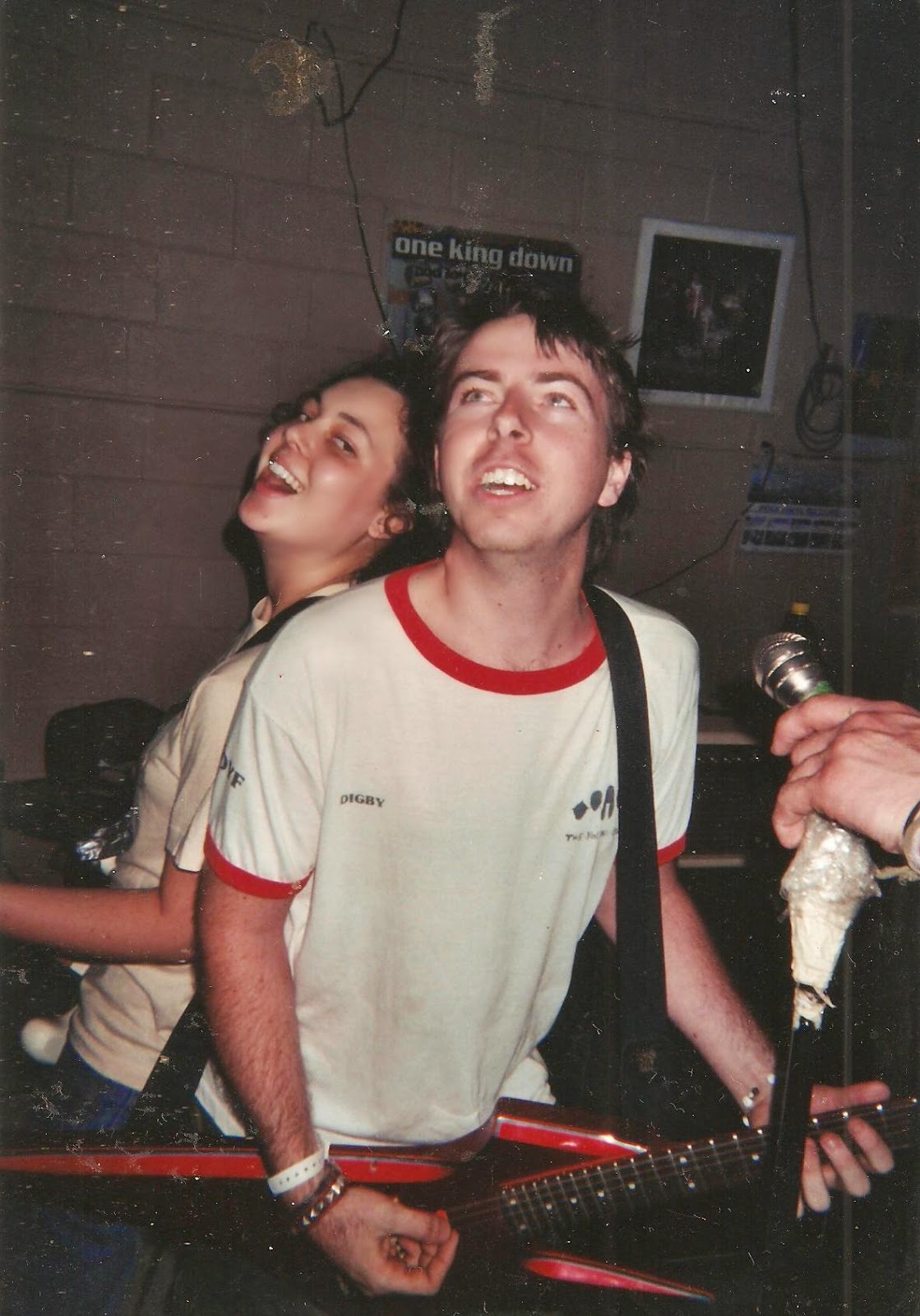 Photo above is by Brontez, live in Huntsville, AL at Stokes St Warehouse. We really were not trying to pose for this pic. It just happened.
Top drawing by Janelle Hessig
Cellphone hatred pic by Chrissie.