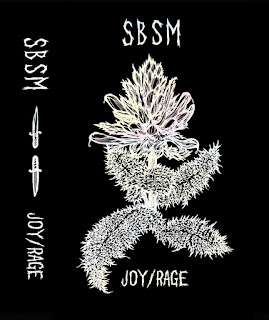 I put this tape out for my friends in Oakland.
I have very strong feelings about it
I don't feel like I'm in the position to give you the run down.

Tapes are pro-dubbed and come with a ten page zine by the band. 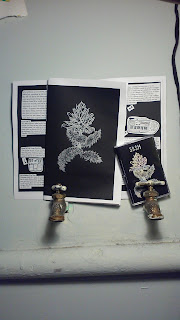 Posted by Harvester at 8:04 PM No comments: 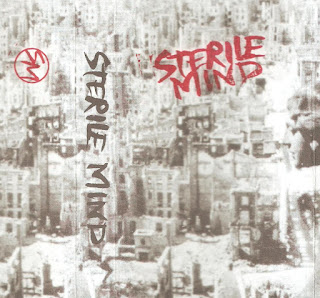 Two friends named Andrew and Travis got together and wrote some 100% no-shit-sick-ass hardcore riffs. Then, they hauled all of their gear into the legendary Dub Master Avery's Atomic Spliff Bunker (okay, it's a windowless hut on Dore Alley in San Francisco...or space...I think) and the two of them played all the instruments to make this incredible demo. As soon as they put it into the world, punks were banging down their door (or more likely, politely texting them) to get the band to play some shows, but the only problem is that there was no band to speak of.
Originally, they got Michelle to play bass. She's a woman who has never been in a hardcore band and once played on a record that got rejected from Maximum Rock N Roll for being "not punk", but she has more attitude and anger than most of the tourists who have clumsily tried to attach a stud to a leather jacket. They asked me to play drums, even though my history with hardcore is spotty at best. We both lasted one whole practice before they hastily replaced us with more suitable candidates. Robert is now their bass player. If you have even a passing interest in excellent DIY hardcore, there's a good chance he played on a number of records in your collection. Motherfucker has a really good idea about what he's doing. Ben is now their drummer and, unlike me, probably tunes his drums and can play a mosh breakdown beat that will ruin you. They sound fucking tight,
I've liked this tape since the day I heard it, but yesterday I pointlessly drove to Oakland so that I could sit in traffic (long story. I'll spare you) and listen to this thing over and over again. I might have listened to it 20 times in a row and it was good every fucking time. I'm not gonna sit here and tell you that STERILE MIND is breaking any kind of mold or going out on limbs, but I will tell you that they play compact, blazing, pissed-off, insanely memorable hardcore better than most.
Also, this band has turned down more jaw-dropping shows than most bands have played in their existence.

The tape is sold out from the band. They've got some new shit on the way "soon".

Totally unrelated: I put out a tape by one of my favorite Oakland bands, SBSM. I love them. I think what they're doing is magical and loud and confusing and weird and haunting and cacophonous and destructive. Sometimes, I have no clue what they're doing and that is part of their beauty. I feel lucky to have a part in putting their music out in the world. Please look for them on their upcoming US tour and you can buy a tape here.
Posted by Harvester at 5:17 PM No comments: