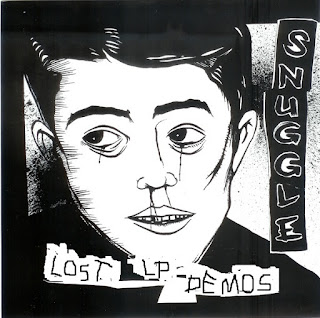 Today's post is brought to you by frequent contributor and friend of the blog, Alex Turner.

SNUGGLE is one of those bands, the bands you love that nobody else gets. I've seen them play in the basement of the FBK so many perfect times, the best times, the worst times, the drunkest times. Mad Dog 20/20 and shotgunning Sparks is what happened. A long time ago, SNUGGLE thought they might get paid to play a show or maybe they were surprised by getting paid? Regardless, they spent all that money on Mad Dog. I'm sure they got paid a few times on tour and didn't buy all their friends booze with the money, but that's the way it goes. They recorded this and lost it. like really fucking lost it. They had to re-record it because everybody they had given a copy to had also lost it. A real time and a place band. The 2000's in the basement of the FBK was SNUGGLE's time and I'm not sure why I have a copy of this lost recording, but if you'd like you can too.

Rumor has it that Robert 'found' this at a coffee shop in Philly a year after it was considered a lost cause. I dunno. I guess this is like the demos for the LP that finally came out eventually on 1234 GO, Don't buy that, just download this. 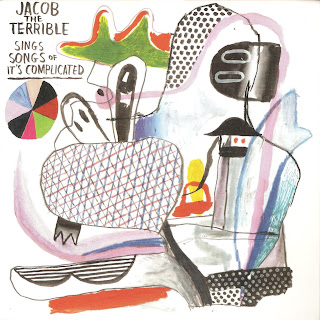 When I wrote about JACOB THE TERRIBLE's demo, I said just about everything I could possibly say about the band. By the band's account (not mine), that demo sounds like dog shit, but I like to go back to it to listen to the timeless and now-classic songs that didn't make the cut for the jump to vinyl. So first off, I'll tell you what you're missing with the vinyl. Oh, you wanted to sing along to "Twin Elephants" in a well-produced, studio-recorded fashion in the privacy of your own bedroom? Nope. Sorry. You'll just have to imagine the chunky guitar and pounding drums as you scream out "The world can be so fucked!! But there's only so much shit you can shit....ON A FACE!!!"  You're also missing the gripping story of waking up in the morning to face another day of working at the Hello Kitty factory. Look, every JACOB THE TERRIBLE song is a perfect fucking snowflake but you can only cram so much music onto a 7" record before it starts to sound like a 9th generation Misfits dub from 1982.
I'm gonna assume you didn't click over to the demo since I said the band said it sounds like dog shit. JACOB THE TERRIBLE is a band from Providence and Worcester. THE TERRIBLES are a pre-existing band. Jacob is a pre-existing human. They all got together to make full rock versions of Jacob's pre-existing songs, which had previously existed in more minimal forms. They ended up being one of the most charismatic bands I've ever seen. Any band can write a good song (JTT has many) but not many can engage you in their live performance in ways that feel real and inviting to nearly everyone in attendance. They also write good songs. Some are anthems in ways that I didn't perceive when I was first hearing them. Nary a week passes when I'm not singing "Things mean things! From Milwaukee to Osaka, does the postman know the joy he brings?"...usually in the post office. As I said in a print review, Jacob manages to fit ten pounds of words into five pound word-capacity songs. In other's hands, this might sound clunky and awkward, but Jacob lets it flow out of his lungs with an ease that sounds nearly effortless. I love the way he bends the word cigar to make it rhyme with roar. The song title "What I Love About You (I Hate About Myself)" is an easy comforting genius line and the song can fit that description as well.
Okay, I'm done babbling. The record is great. I like all of these people who wrote it. It's not leaving my head anytime soon. I'm gonna go over to the bass player's house and screen print in his living room while listening to this to annoy him. You should order this record so that you can play it on your turntable while gazing into the beautiful Mike Taylor-penned art. I'm not sure where to order it though because the record label's site is down. Maybe try here or maybe here or just send some cash in an envelope to Corleone Records at P.O. Box 65, Providence, RI 02901 and hope for the best. I know that I could go back and erase that stuff I just typed, but I just got a text that said that the record is SOLD OUT, so don't send money anywhere for anything ever, okay? Okay. Enjoy this digital file instead.

Thanks to Jacob for the digital files
Thanks to THE TERRIBLES for not being terrible.