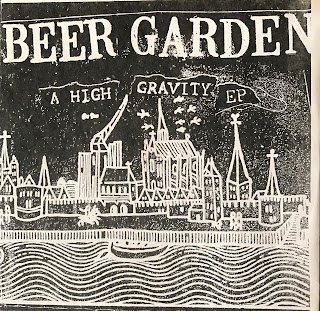 Today's post is brought to you by Gaylen, who sang for the raging Brooklyn punk band, BEER GARDEN back in 2002. She sent over the tracks for their first demo to be posted for the birthday (today) of their late guitarist Dan. I decided to include their CD and a comp track as well to round out the discography. Thanks to Gaylen, Ella, Bobby and Dan for making all of this music. Here's Gaybob to tell you the rest.

Last year I called Dan on his birthday. the same number he's had since I met him in 7th grade. He was my brother's friend so I instantly hated him by association, but he was so fucking funny that it quickly dissipated. Dan was honest and brutal in his humor. We threw him a benefit show when we found about the ALS diagnosis, and it was like a NYC punk high school dropout reunion. People I hadn't seen in years came out of nowhere. Dan brought people together across social circles and music scenes. He got on the mic at one point,

That's Dan. Raw, honest, funny, and not giving a shit about how you might feel about it. He didn't want anyone to feel bad for him, to talk about him or memorialize his life like he was already dead. We were kids from Brooklyn before Brooklyn was hip. We would talk on the phone, long shit talking sessions, on landlines, the age before cellphones. We'd meet up in the “city”, sit on park benches, by the river, wherever we could find to go with no money. Drink on stoops and sneak into parties. My nostalgia for this time, this long gone city, is so intertwined with Dan, our friendship and our band, Beer Garden. 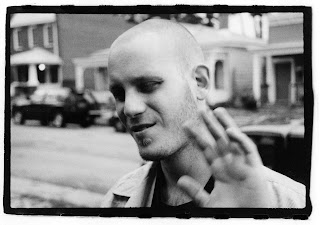 Dan, taken by drummer Bobby before leaving on the Lazer / Beer Garden tour.

Beer Garden was based out of the backyard of ABC no Rio, where we hung out, nearly every Saturday, drinking, fighting, dancing and being wild teenagers. We had all been in a few bands before, but didn't have a rigid concept of what a band should be. It was still exciting. Our shows often erupted into impromptu dance parties, Dan free styling over Ella's bass lines. After the shows, outside, Dan would sing acapella, and his voice blew everyone away. We went out on tour with The Lazer after being a band for about a year. We were so ignorant of people and bands around the country. I remember being in awe that there were other fuckups and weirdos, like us, and sharing that with Dan. He listened to music constantly on that tour...to stay sane. 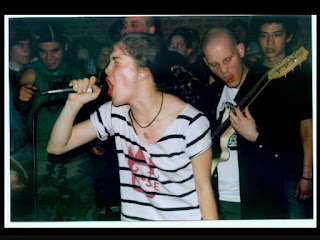 Thanks to Rudi for saving this recording, our first demo. The lyrics feel embarrassing, but I think the guitar playing is classic Dan. Straight forward and solid. A lot of people turn up really loud when they play and drown everything out. Dan never did that. We usually didn't have equipment for shows so the sound was always reliant on what we could borrow but his playing was so solid. He had said he wanted to be remembered as a guitar player. So here it is.There's so more to say but it all comes out wrong. Dan was out getting tattooed when I called on his birthday. I left him a message. It's still hard to believe I can't call him this year.


Happy birthday Dan. We miss you. 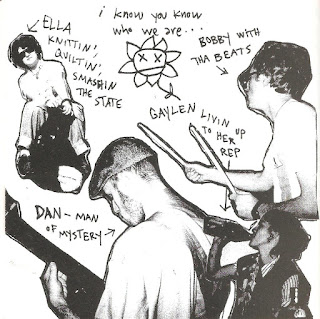 DOWNLOAD
Includes their demo, "Coming After You" CD and a compilation track.
Posted by Harvester at 9:16 AM 5 comments: 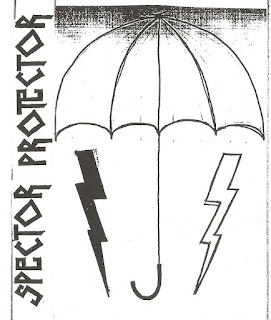 Imagine, if you will, a San Francisco between booms. The year is 2002. Friends are squatting buildings on Market Street. Punks Against War pulled a float down Mission Street to protest the war while SHOTWELL played on the flatbed trailer. Phil'z was still a corner store that sold beer and vegetables and was not a world renowned, one-cup-at-a-time coffee tastemaker. Right around the corner from Phil'z, near the corner of 24th and Shotwell, SPECTOR PROTECTOR was writing their first songs in the drafty backroom of a first floor flat. Our paths crossed a little bit, but they were part of the scene of synth, darkwave and goth that I only flirted with on the periphery. Sometimes, my band would play on the streets or in record stores with their contemporaries (THE VANISHING, VERONICA LIPGLOSS & EVIL EYES, PHANTOM LIMBS), but that's about as close as we got, besides sleeping on their couch and talking over coffee in the morning. 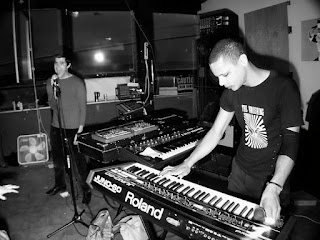 On this first tape, SPECTOR PROTECTOR plays minimal bedroom synth, punctuated by light guitars and some singing. The effects are chill and throbbing. The same could not always be said for their live performances....they were more chaotic and decidedly unchill. Download and enjoy.