Blasting off for tour! 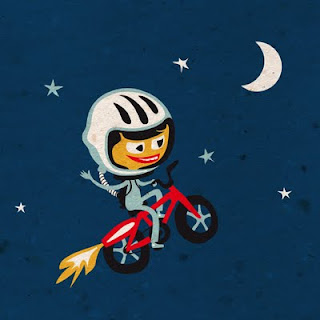 The blog is closed until late June because I am going to travel and tour in Europe. In the meantime, why don't you download everything I've posted from Alabama? Or everything with the tag drunk? How about weirdo? Or you can just go outside and go on a bike ride. If you live in Europe, please ride your bike over to one of our shows in one of your fine countries. You can find all of the tour dates for our band, NEON PISS, right here. If you want to hear the band first, you can listen to us on our bandcamp page. We will have a new LP for sale with us. Thanks!
Posted by Harvester at 12:30 PM 1 comment: 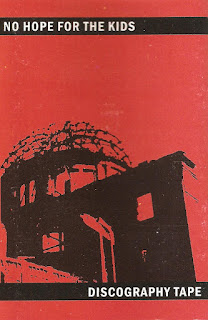 In 2006, my current best friend/confidante/life partner Anandi mailed me a mix tape that is probably the best mix tape I've ever received in my life. Alongside classic standards like THE CLASH and YE OLDE BUTTFUCK, I was introduced to bands I had never heard before (and grew to love) like HUL, GORILLA ANGREB and KNUGEN FALLER. There was another Danish band on the tape that I overlooked on the tape for a while, even though their song was excellent ("Secret Police"), just because I thought they were an older band. I was trying to find out about the newer bands that were exciting to me. One day at work, it hit me how good that song is and I looked up more info about the band. It turns out that they were a current band and they were born out of former projects like AMDI PETERSEN'S ARMI and the always outstanding YOUNG WASTENERS. I tracked down everything that I could by the band I was not disappointed.
Even though their LP has this crazy flanger effect throughout the entire thing, it still has great, dismal songs on it, like "Rainy Day", which starts with the illuminating line "I stuffed myself with pills today. Doesn't seem to be working." Their lyrics cover aspects of war and don't seem to take a side on it, much like 80's bands that sang about nuclear war with no clear objective. I don't really know what else to tell you. I never got a chance to see them and I don't know much about them. I will tell you that I was walking around on a beautiful San Francisco day with my good friend Cinque once and we mutually decided that our day would be vastly improved if we went and sat in my dark room in a building at 7th and Market while drinking beer and blasting every song by this band. We were right. If you like driving, melodic, depressing, tragic punk with guitar hooks that will stick in your head for days, download this right now. 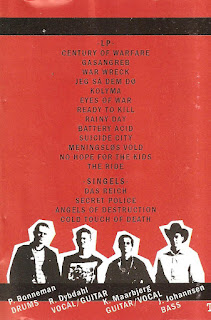 If you want to order this tape from fucking Poland, it's still available from Trujaca Fala, who have released a lot of other great stuff as well. Check out BARAKA FACE JUNTA and SJU SVARA AR.
Posted by Harvester at 12:02 AM 1 comment: 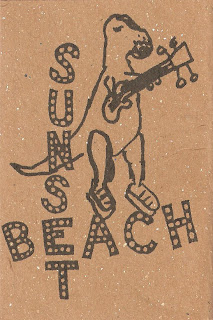 Think of this as "Part 2" of  the post about Matty Luv and Sarah T. 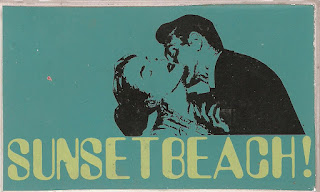 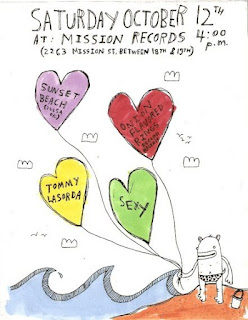 Email ThisBlogThis!Share to TwitterShare to FacebookShare to Pinterest
Labels: Basement Pop, Hardcore, Metal, Oklahoma, Punk, Thrash
IF YOU WERE LINKED HERE FROM THE MISSION MISSION BLOG, I JUST WANT YOU TO KNOW THAT I DEFINITELY DO NOT SUPPORT ANYONE WHO TAKES UP DONATIONS TO REPAIR THE SMASHED WINDOWS OF A FUCKING POLICE STATION. FUCK YOU AND YOUR FUCKING LIFE.
Posted by Harvester at 2:10 AM 4 comments: