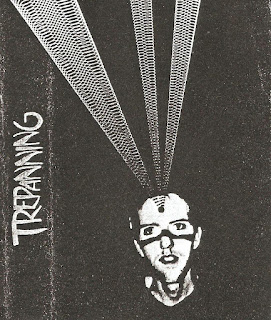 The way that I met Scott Youth was pretty embarrassing (for him, not me), so I'll spare the details on his behalf. What I will tell you is that he was about 13 years old and he gave me a flier for a "punk" show that I would never go to while we were both in the Chattanooga Public Library. I didn't see him for a couple of years and then, one day, he was living on my couch, claiming that he ran away from home. We told him that he couldn't live there for free. He needed to dumpster food to share with everyone. Nightly, he would bring home upwards of 15 pizzas, even though most of us worked at a pizza place and 99% of the house was vegan. We were never very nice about it (or maybe it was just me), but Scott was usually understanding, friendly and would give you anything he owned to make you happy.
As the years sailed on, Scott started traveling pretty extensively and I would always hear stories about how he got drunk and broke a lot of shit. In a way, it made me sad because I still remembered that sweet, humble, calm kid. Don't get me wrong...I think it's important for young people to get trashed, listen to punk, smash shit and do things they'll regret in 5 years (or 5 minutes). The thing was, every time I hung out with him, Scott still was that same sweet kid, but that sweet kid liked to get drunk and loud (like a Merle Haggard song). Sometimes I could hang with it. Other times, I ran off into the night. 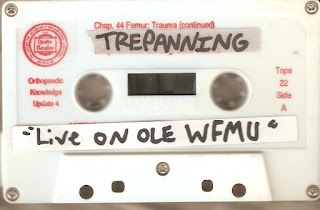 All this time, I never knew that Scott knew how to play any instruments until he told me that his band was playing at Anarchtica, a long-running punk house in Chattanooga. I never actually saw any band he played in until years later when he drummed for CHEESEQUAKE after moving to Brooklyn. The kid was great! The "kid" was also a foot taller than me by this point and in his mid-twenties.
Just a few weeks ago when my band played in Brooklyn, Scott appeared, seemingly out of nowhere, at the very end of the show and he had that former calm and casual demeanor about him.  We talked for a bit as I packed up my drums and that little bit of conversation made me wish that NYC wasn't so socially overwhelming because I suddenly wanted to hang out with the guy all night. But, like most of my times in Brooklyn, I drove across town to a comfortable place with quiet friends, which is just fine with me (coincidentally, it was also the location of one of the most ass-wild new year's parties I had ever been to, just 5 years previous). Before parting, Scott handed me a copy of his new band's first recording, live on WFMU, one of the country's best radio stations.
When I got home from tour and popped this into the tape deck, I didn't expect to like it as much as I did. I don't know why, but that's just how I felt. This is excellent. In weird ways, it reminds me of the parts of New York that don't really exist anymore; a Times Square full of sleazy theaters, a $2 show at Max's Kansas City with Patti Smith lackadaisically dancing and smoking in the front row or The NEW YORK DOLLS shopping for high heels in a vintage shop. Some of the slower moments remind me of TELEVISION. I'm not sure if this is what the band was going for at all but this is what I get out of it. It just sounds like punk before punk knew what it was supposed to sound like, if you catch my drift. Maybe you'll think it sounds like indie rock or some "New York shit". Makes no difference to me. I'm still gonna blast this on my headphones and dream of a New York that I might've enjoyed at some point in my life. 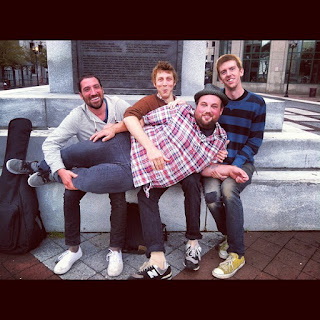 This band is made of real winners and they've all been in cool bands that you like.

DOWNLOAD IT
LINK FIXED MARCH 2021
If you want to write to the band about getting your own tape, try this email...
trepanningbrooklyn@gmail.com
Posted by Harvester at 1:38 AM

It doesn't sound indie rock to me at all. It's got almost a Louis Tully vibe and the vocals at times remind me of Bob Mold. Nice post and welcome back. Glad you didn't get sick with the rest of the band.

someone correct me if i'm wrong here, but the vocals sound a lot like PERE UBU to me.