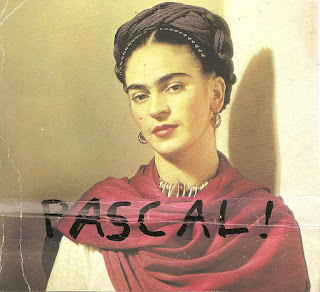 In my last year of living in Bloomington, IN, I made a whole lot of mix tapes for friends, both locally and far away. I would sit in front of the stereo for hours, laboring over 90 minutes of the perfect mix of punk and weirdness. Then, I would hand deliver it to someone's door or drop in the mail at the post office just 5 short blocks away. It took moving across the country to California to realize that I was utterly and morbidly depressed. I don't think that making mix tapes is a sign of depression (far from it), but I do think something is amiss when one is putting all of their free time into tape making or drinking endless pints of whiskey while flipping the same DEAD MOON record over and over.
I think there is a certain beautiful power in mix tapes that can not be replicated by a mix CD or a play list. Many, many people have explained this in the past, so I won't bore you with the details, but there is something to be said for having to listen to each song in real time as you make the tape.
Most of the tapes I made for folks eventually reached them...except for this one. I made this fairly eclectic tape for my friend Pascal in Paris and then never, ever mailed it to him. I took it to work and listened to it a lot. I carried it around in my bag with intentions of dropping it in the mail for him. I even flew to Europe, went to Paris and hung out with Pascal but forgot to take the tape with me. So, Pascal if you're reading this, I apologize. If you send me your current address, I'll mail you this tape. I mean it this time.
In the meantime, I think this is a great tape with styles flying all over the map. Seriously. Have you ever gotten a mix tape that segues from UKE OF SPACES CORNERS to LIMPWRIST? KATRA TURANA to TULSA? OI POLLOI to JOHN DENVER to OMAR SOULEYMAN to ARTIMUS PYLE? BUNKER HILL to MEN'S RECOVERY PROJECT? It makes sense. I like this tape a lot. Maybe you will too.

All music on here is vinyl to tape. No digital.
Posted by Harvester at 10:41 AM

It looks like you are putting some new tags on this time around.