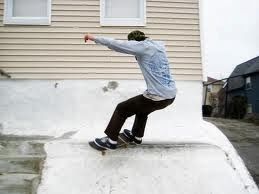 Mike Leslie is one of my favorite artists, a fine skater and one of the better friends I have in this world. If you can ever get him to drive with you in a pickup truck for more than 20 minutes, he might give you some of the best advice you've had in a long time. He also has a big shark tattoo on his chest. Like E. Conner, Mike could not find a lot of joy in 2013, so he submitted all the great yellow things he liked this year...

It's rare I get so excited about a record before it comes out, and this was one of those moments. Radioactivity is the musical continuation of Jeff Burke of The Marked Men. It's very catchy, pop punk, but doesn't carry any of that genre's baggage somehow. Like The Marked Men, the artwork is an after thought, with no insert of lyrics or anything else for that matter. But if you are like me, you can just text funny versions of the lyrics to your friends when you are bored. The record cover is yellow, and I can't stop listening to it! 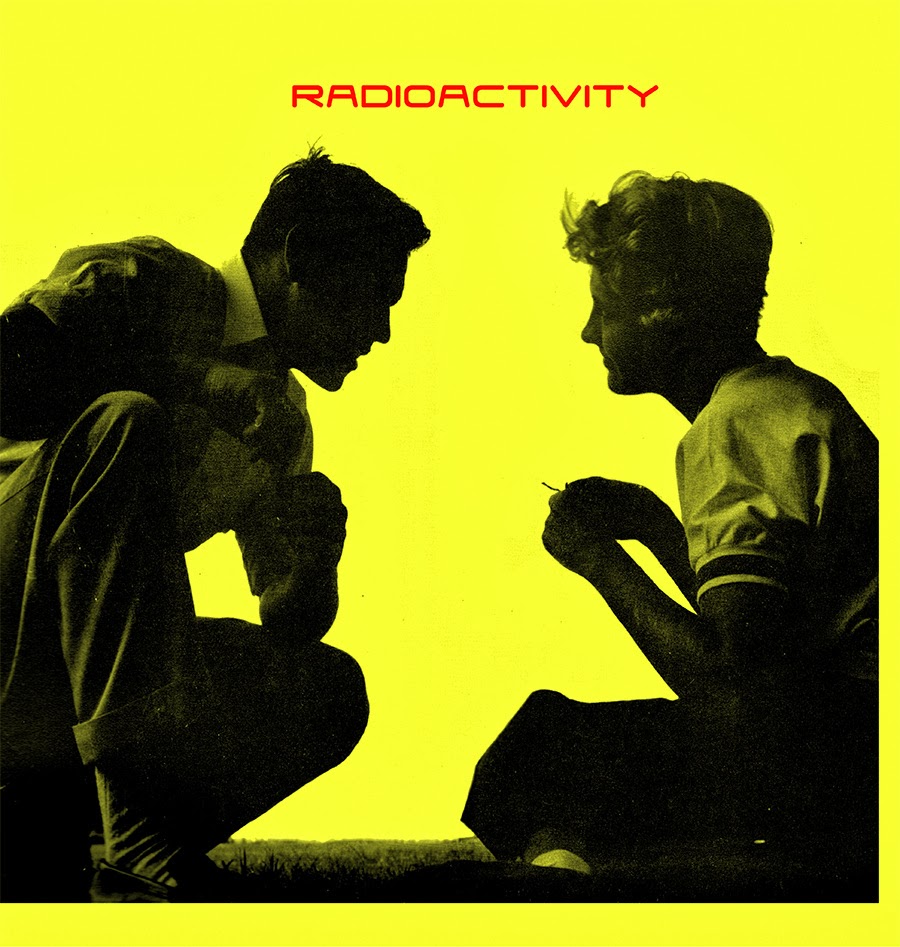 This record is kind of the same thing as the Radioactivity record. Jeff Burke in Japan, forming a band. Two tracks, 45 RPM. I think one song is about someone dropping out of song writing and how that is sad, and the other song is about liking someone and them not liking you back. All played on a danelectro guitar. The record cover is also yellow, and so is the record itself. Lo and behold, no lyrics or anything else inside... 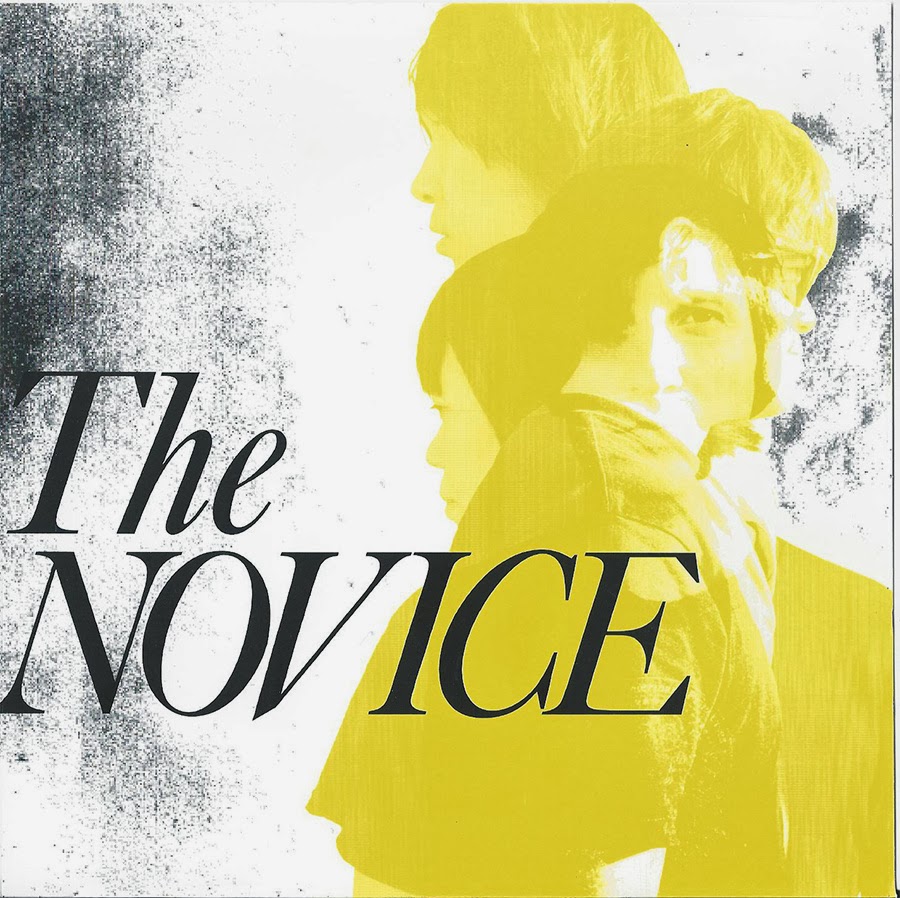 Burlington's Final Frontiers make it here again! Two best friends, one voice, rotating rhythm section. Stand outs this time: "Nothing Wrong with Toronto," and "Bullshit Boulevard." The tape J card doesn't have much info, is a black and white photo copy, but don't worry, the case is neon yellow! I will see them live in four hours from writing this! PS: I went on tour for a week as their bass player after the show! 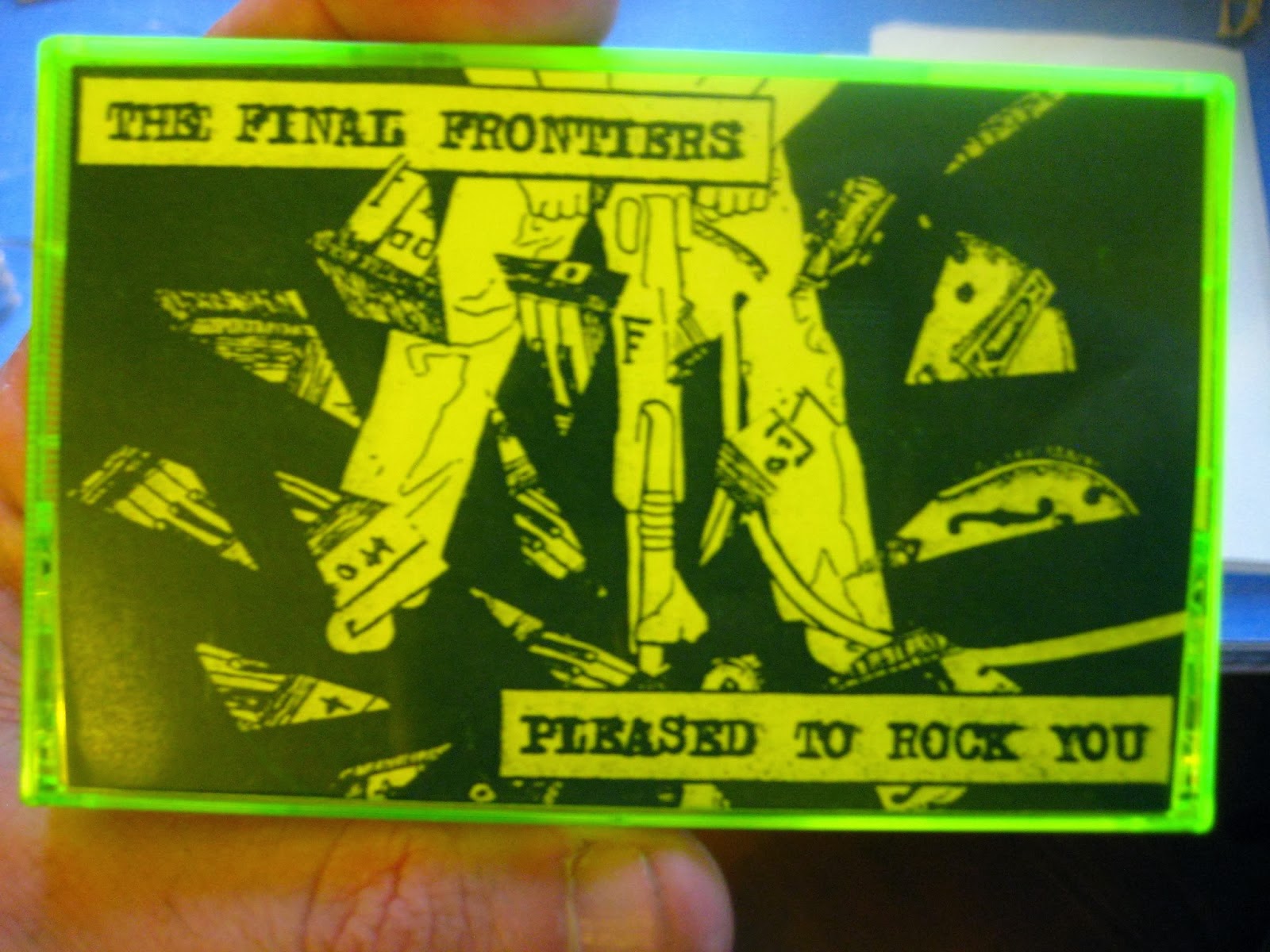 Members of: Witches with Dicks, Libyans, Surrender, Subclinix, Brain Killer.... Etc. That is all in the past/alternate present. This record is great, my favorite format: 12" 45 RPM. No Sir I won't is hardcore somehow, but with the catchiness of Crass. Songs are very wordy (hard to sing live) and of  a political nature. The cover art is great, a black and white door, extensive lyrics and what not. And the insert and vinyl are YELLOW! The whole thing is beautiful. 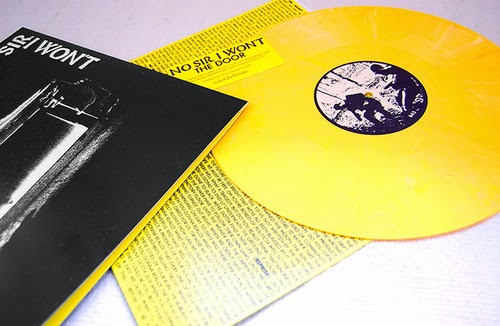 Styk
Al Scorch
Joe DeGeorge
Lars Paulson
I lived in Worcester pretty much my entire 32 years up until June this year, when I migrated a whopping 39 miles south, to Providence, RI. One of the things I left behind, was George's Coney Island Hot Dogs founded in 1918. Good food, rumor has it you can get a "freaky" which is all the toppings on top of potato chips inside a hot dog bun. But I've always been too reserved to ask, and I also eat meat now. Anyways, there is a bar attached that I have never set foot in. It closes at 8, and since I don't drink, there has never been a reason to go there. Well, December 14th brought snow and new reasons. Sally, of Secret Lover had a birthday this night, and invited some folks to play Coney Island's first punk show. I approached the door separating the regular side, from the bar, and hesitated before stepping on uncharted tile. The adult side! So much has changed for me. Many Moxies were consumed, and I ate a hot dog, a hamburger, then another hot dog. A hamburger on hot dog bread in my stomach...
Styk: Jamie Buckmaster of Terribles fame, (and my default brother)'s glam band headlined. Flashy, catchy playing next to an ATM. The bartender at Coney plays bass, all the workers took photos of him in gold lame'.
Al Scorch: Tore through standards and originals and impressed everyone as usual. He took requests, and Matt didn't break any plates over his head this time.
Joe DeGeorge: Took a break from singing about clams, harry potter, and covering Bach to play saxophone over prerecorded soft rock. It was sexy, smooth, easy! Also: Sexy.
Lars Paulson: The bassist of Secret Lover, sang disco songs over a prerecorded track and I think may have rapped at some point. The night ended with the first big snow of the year, and the minivan crawled down 146 to my new home. 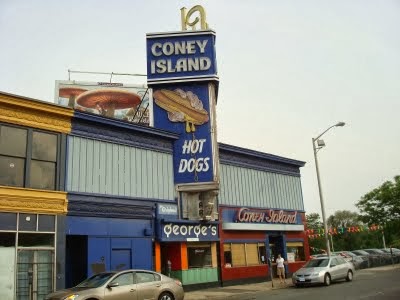 This is the skate park closest to my house! I've been skating since it opened maybe 7 years ago? It is well built, by Breaking Ground, and even though everything is under three feet tall, per order of the state they kept the design interesting and fun. Rumors went around that it was going to be torn down, but low and behold, just in time for Christmas, the city threw money at it to expand. If you were crashing into kids on scooters before, now you have more space to narrowly run into them. 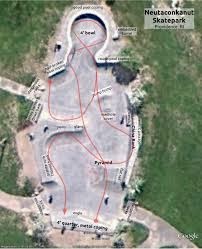