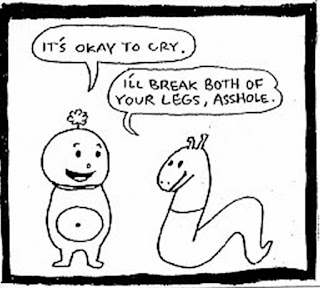 I've been staring at this screen for ten minutes now without knowing the first word to write. Ten minutes of staring at that drawing above, alternately laughing and feeling kinda bad. If you're reading this, you probably have a pretty good idea who Matty Luv is, you probably know that he passed on into another realm almost ten years ago and you're probably aware of the fact that he wrote a good chunk of music that changed the lives of countless numbers of people forever. I'm only just beginning to understand exactly how much music he recorded that has never seen and will probably never see the light of day. Recently, I was loaned a shoebox full of Matty's old four track tapes to sift through and try to find something usable for an upcoming art show / city project called STREETOPIA. Every tape just contained more and more stuff. It was all over the place and put me through a wide range of emotions. Some tapes were funny, like the one where Matty just looped a recording of a guy tuning his guitar while an audience applauded wildly (it continued for the entire tape). Some were noisy and experimental, like the one where each song is the same as the one before it, but each successive version has an extra layer of feedback or noise. Some of it consisted of contemplative instrumentals. Some of it was sad and it felt like I was trespassing through the secret journals of an incredibly depressed man. All of it was pretty interesting, but probably none of it will ever appear here because it just feels too personal and I don't feel like it's my place to bring that stuff into the world.
So, why am I telling you all this? Well, I'm not exactly sure. I think what I'm trying to say is that the man was incredibly prolific and put a lot of work into his music, even the stuff that was not intended for the public at large which brings us to this tape.
During the final few months (years, perhaps) of his life, Matty worked tirelessly at Mission Records during a period when it seemed like hardly anyone cared about the place. He worked the counter of the store during the day, took money at the door during punk shows and ran the sound for bands. In the case of my band, he even tuned the guitar since our guitarist hadn't yet learned to use a tuner. He put a lot of time and effort into the dump and rarely got (or expected, most likely) any thanks for it. I remember waking up in my subleased room in the attic daily and hearing him open the front gate of the store and putting on coffee. I would crawl down from the ceiling and join him somedays while he listened to music and opened the store. Lots of times, he seemed really depressed or out of it, but sometimes when Sarah T would walk in the door with two cups of cafe con canela, you could actually see his whole world light up. During those days, the two of them were inseparable. I often saw them walking down Mission Street together, drinking coffee, chain smoking and just enjoying the fuck out of each other's company. At night, in their room at the Hickey Hotel on 24th Street, Matty was teaching Sarah how to play guitar. "Plastic Jesus", played by the FLAMING LIPS (one of their favorites) among many others, was the first song that Sarah learned how to play and sing at the same time. Matty recorded the two of them playing it together and added many of his own touches. Sadly, it ended up being one of the last songs that he would commit to tape. A few short months later, Matty would leave us all on an incredibly prophetic night that is still just too sad and fucked up to talk about.


Download "Plastic Jesus"
If you actually do want to read more about the tragic parts, you can read the zine that was written and printed within a week of his passing at the Matty Luv site in the "memorial" section.
Thanks to Sarah T for loaning out this tape, supplying some info and for being a good friend for years now.
Posted by Harvester at 4:38 AM

some bastard, probably some flaming record label bastard, has removed this for violation...BOOOOOO!

(good stuff on yr blog though)

I just tried it and it worked.

The key you provided for file download was invalid. This is usually caused because the file is no longer stored on MediaFire. This occurs when the file is removed by the originating user or MediaFire.

Still have questions, or think we've made a mistake? Please contact support for further assistance.