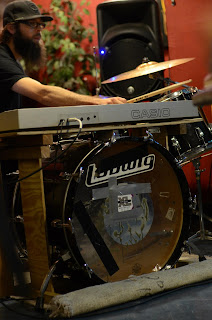 Graham has weaved in and out of my life through the last heap of years playing in bands like THIEVES, VISITOR and BLOODWALL, creating vast walls of sound, contemplative rumbles and meditative raga-like improvisations. He's also never been anything less than humble and welcoming as a friend throughout the years. He's currently working full-time out of his room, wrestling a mono  lathe to make one-of-a-kind records for people all over the US and beyond (including me). Get in touch with him at 2208 Records to set up your own weird order.

This is a list of things and processes people around me have created as results from commitments to creativity, autonomy and any way to make free time completely rule in as many ways as possible throughout the year 2012.

10. Lathe Cutting.
There are these clear hand cut records that are known for not playing, sounding weird and being used as a vessel for some of the more misunderstood and possibly unlistenable musical ideas people have invented and enacted. These records and the processes surrounding them have changed my life. Over the last year I've learned how to hand cut lathed records and have had to re-approach every idea of what is possible or acceptable in the world of independently released music. I have never found anything so inefficient, frustrating and prone to resulting in unusable artifacts to be so rewarding. The ability to use an antiquated piece of technology to make as many or as few records as I want or can is amazing to me. This has been the majority of my 2012, cutting records. This is all I do now, ask anyone I know.

9.Club Med Turns Five.
Five years of rock, roll and late night goings on. To have an all ages space that encompasses almost the entire scope of music for this long is a phenomenal accomplishment and necessary asset for bands and musicians both locally and nationally to have a venue in Minneapolis. The five year show was a partial recreation of the first show featuring a Jose´Bove reunion set. It ruled.

8. Ecstattic Studios
This fall I recorded at Ecstattic Studios, Ali Jaafar's (Hollow Boys, Zombie Season) recording studio built in the attic of his house. Having retired from his old job working at the guitar shop (Twin Town) he's created and curated a library of amps, mics, keyboards, drum hardware, effects pedals and what-have-you making it possible for bands to make higher end recordings while being in a nonsurgical, low pressure home studio. It was great to work in someone's "in home empire" and have whatever piece of equipment necessary and functional at arms reach.

7. Sign Painters
This is a book and documentary by Faythe Levine and Sam Macon about contemporary sign painters. Faythe is an old friend of mine and has been working on this project for several years. There's a handful of people in this book who I've known for at least 12 years as friends, customers and sign painters who have maintained and updated signage on two restaurants, an art school and a several other buildings I've had connections to in Minneapolis. When I got this book it was great to see the tangible results from years of work put in by people I know creating the content of the book and the book itself. 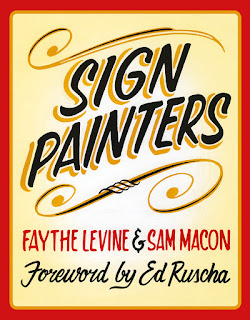 6. Yeti Record Mobile
Yeti Records took their south Minneapolis storefront and packed it into an RV. In an era where brick and mortar stores are more and more challenged to remain open and operational this is one of the better solutions I've seen and it looks really cool. They've taken the RV to different events and shows as a traveling record store. In the past they've hosted shows in their basement and now attend shows as a record store on wheels.

5. Million Brazillians
I have several friends in the guise of Million Brazillians . In 2012 the Million Brazillians/Rotten Apples , Dyngia Jazz tour was one of the best shows I got to play and attend. Outside of the music, there are background processes and stories that elevate the sounds presented past being merely rock and roll into an intangible and unnamable form of sonic voodoo. There were also huge swords.


4. 3 Moons
Jefferson Zurna has created a lot of music. I have played in bands and spent hours making endless sonic experiments with him. As a one man band he has created anthems and droning ragas incorporating traditional acoustic instruments with a vortex of astral snake charming circuit melted knob turned wizardry. In the end of the summer the 3 Moons tour came from the west coast to Minneapolis bringing the Well Dweller release complete with one of the catchiest songs I've heard in awhile.

3. Lighten Up Sounds
Matt Himes (Mole Hole, Shep and Me) has been releasing hand made tapes as well as records for a long time. This last year he was relentlessly productive. Every time I would see him he had another project in the works with different, more creative and more intricate packaging and production techniques for any number of sonic styles ranging from straight up noise to melodic smoky folk. He disassembled clear tape shells to insert mirror imaged transparencies to palendromically label the SAGAS tape and went so far as to color match and paint the insides of clear norelcos to match the lipstick on the image of the HOUSE OF BATS tape. He hand copied an 8-track release from 8-tracks collected over years! He released two tapes for me and is constantly creating and strengthening world wide distro and production connections. Check it out for yourself. 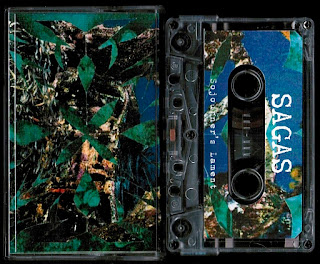 2. Hard Times Cafe turns 20
The Hard Times Cafe has been a collectively run Vegan/Vegetarian restaurant, open at least 22 hours a day almost every day of the year for the last 20 years. I've spent the last seven years as a co-owner and a cook and am completely amazed and impressed that an idea set into motion longer ago than many of the restaurants clients have been alive is still unfolding and working. It was a good party. 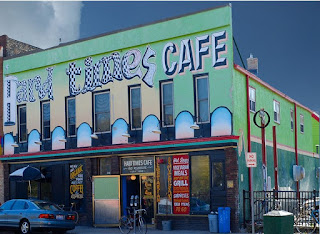 1. End of the World's Fair
Friends of many of ours gathered on top of a mountain in North Carolina this last summer to catch up for the month of August. The event was hosted by Dave and Janet of Medicine County Herbs on their land "the Last Resort". There's more to say than I can write. I saw a lot of old friends and it was awesome to see everyone healthy and alive.
Posted by Harvester at 8:22 AM

Email ThisBlogThis!Share to TwitterShare to FacebookShare to Pinterest
Labels: Top Ten of 2012