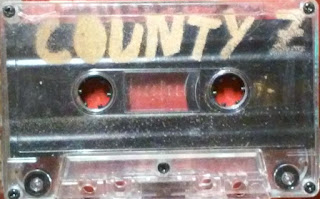 If you're familiar with this blog, you're probably familiar with COUNTY Z, because I've given you plenty of opportunities to check them out. SHEP AND ME is also no stranger to this page. As I've said before, COUNTY Z is one of my top 5 all-time favorite bands in the history of music and these two songs don't appear on other things they released. I don't know anything about it, but it's so good to my ears.
SHEP AND ME is Matthew Himes playing outsider sounds and otherworldly folk that comes out of a world that is his own creation. Everything I've ever heard by him has been nothing short of brilliant. I'm not exactly sure if SHEP AND ME is still an active project, but Matt has been tirelessly releasing analog (and some digital) documents of the outsider world through his label, Lighten Up Sounds. Pick up anything he has available and you're guaranteed to be intrigued.
This tape was released by Snob House, but I don't have a cover for it. Apparently, there was a surly dog drawn on it, so you can just imagine that for yourself. COUNTY Z broke up and then 2/3's of the band started playing with Matt as ROTTEN LIVING. Then, they broke up and MOTHER OF FIRE started. Then they broke up and the world is a black hole of despair. 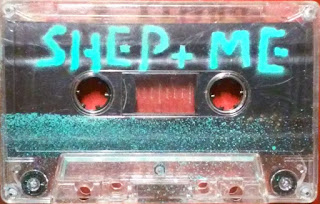 Posted by Harvester at 4:49 PM