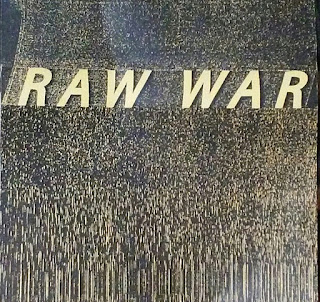 Sometimes a band exists in your region and you just never see them. Some people work too much. Some people just don't feel like going out to every show. Some people don't go to "those" shows. In my case, my best friend had cancer and I forgot how to interact with the world.
Because of this, I know almost nothing about RAW WAR and these tapes came into my possession years after they broke up. I can enjoy them now and you can too. "Outfit" is carried almost entirely by one riff (until close to the end), but when the drum roll leads you to the bass line, you realize how sorely you've been missing that riff in your life (if you were, in fact, out of the loop like me). "Poster" has a call-and-response style vocal chant that always gets caught up in my head like an alternate universe "Steak Knife" (ANGRY SAMOANS). Everything about this band sounds so perfectly fucked...guitars on ten on a shitty amp...pounding dilapidated drum set....multiple singers who sound like they would kill you but kinda be bored while doing it. I don't know. Like I said, I was at home and didn't know how to live.
This download contains both of their tapes. One has an alien on the cover and one does not. I'm not sure which one came first, but they mostly have the same songs on them...just different versions and recordings. It's all great. 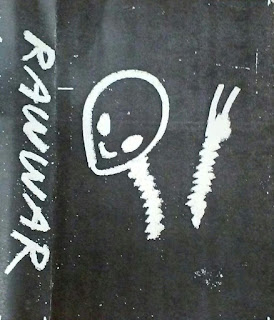 I am glad that I finally got a chance to check out this place. Great views, food is nice. The quality of service at event space nyc was great, and the environment were pretty comfortable. I’ll say I will look forward to visit again.