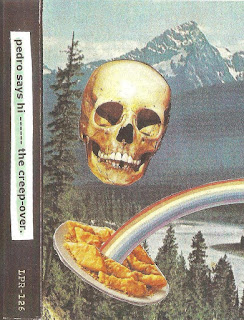 The last time I wrote about PEDRO SAYS HI, this tape had been recorded but didn't exist. I wasn't sure if it ever would exist, but now it's been out for a few years. I basically said everything I could say about the band in that previous post, besides that I feel a weird eternal bond with this band and the people associated with it through trauma and just plain weird-ass living.
We still don't talk about the hard parts of this band or the all of the terrible shit that happened (in print anyway) because what we do is actually secret and well, it's still fucking hard. You can never tell the whole story because sometimes, it's not your story to tell. I can say that I will always feel privileged to have spent any amount of time playing music with this stellar group of fine human beings.

Leah (our guitarist) recorded this tape in 2011 in Chattanooga, 4 years after the demise of the band and 7 hours away from where we originally lived. Crab Jackson (vocals / guitar) couldn't put vocals on it until much later and it didn't get mixed and released until 2014. Let's Pretend  was bold enough to release a tape by a band who had broken up 7 years prior and had no plans of ever reforming (follow that link to buy a tape). Thanks to the 40-75 people who ever saw us and the 15-20 people who cared about it. We're gonna come back and murder you all. 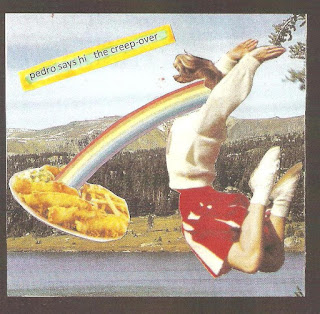 It looks good, thanks for sharing download link with us, will be having a copy in my system. Keep posting such posts with us.