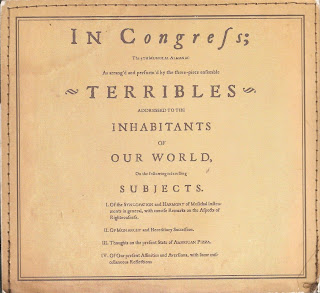 As a vague testament to how shitty 2016 has been, I've only posted three things in the past three months and they've all been about dead friends. This one is no different. (FYI: No one in TERRIBLES is dead).
I'm sure you've already read the terrible news about the Ghost Ship fire in Oakland. I don't know if I can offer anything that hasn't already been said, but the outpouring of support from people in our community has been incredible. Most of the media and local government continues to get it so, so wrong...incredibly, frustratingly wrong and insensitive. What We Do Is Secret, but that statement hasn't actually been true for at least 20 years now, but people still can't seem to understand what the fuck we're doing (and yes, a lot what we do still is secret, actually).
If you'd like to read articles about what is happening here, I would suggest these following things, because they're all good and these people took more time than I did to collect their thoughts.

The article from KQED really hit home with me because this is a tragedy that could affect just about anyone who reads this blog. Let's do some quick math. There's been 550 posts on this blog. Let's say that's probably 500 different bands (estimate). Let's say that there's an estimated three to four people in each band and that equals roughly 2000 people. I'm willing to bet that nearly ALL of those 500 bands have played shows in venues (I use that term lightly) that are non-traditional and don't have the best exits or wiring. That's 2000 people who put themselves in danger just to have a good time or find their community or feel less alone in an increasingly harsh world. But also, many of these people put themselves in danger just by leaving the house every day. This danger exists because of expensive housing, shitty paychecks, no paychecks for seriously marginalized people, because some of us enjoy putting ourselves in danger and many other reasons.
Ugh...I don't know what I'm trying to say. Fuck it. I hate it. I hate that this happened at all. I hate what the media is going to make it into and I hate what it's going to do to so many spaces across the globe that people hold so dear to their hearts. Our gathering spaces aren't equipped with fire exits, bouncers or good wiring. Our ideal spaces provide us with love, acceptance and open arms in a world that wishes that many of us would just go away.
Take care of each other out there. It's not getting better right now.

This TERRIBLES CD is really good. I've written about them many times and you can go find it somewhere else on the blog.
There's a phone number embedded in the 4th song  and it's one of my favorite songs by them. 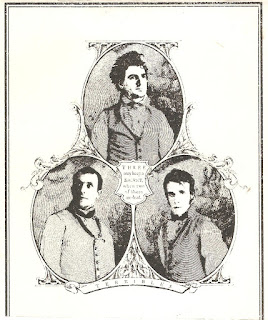 Posted by Harvester at 7:17 PM