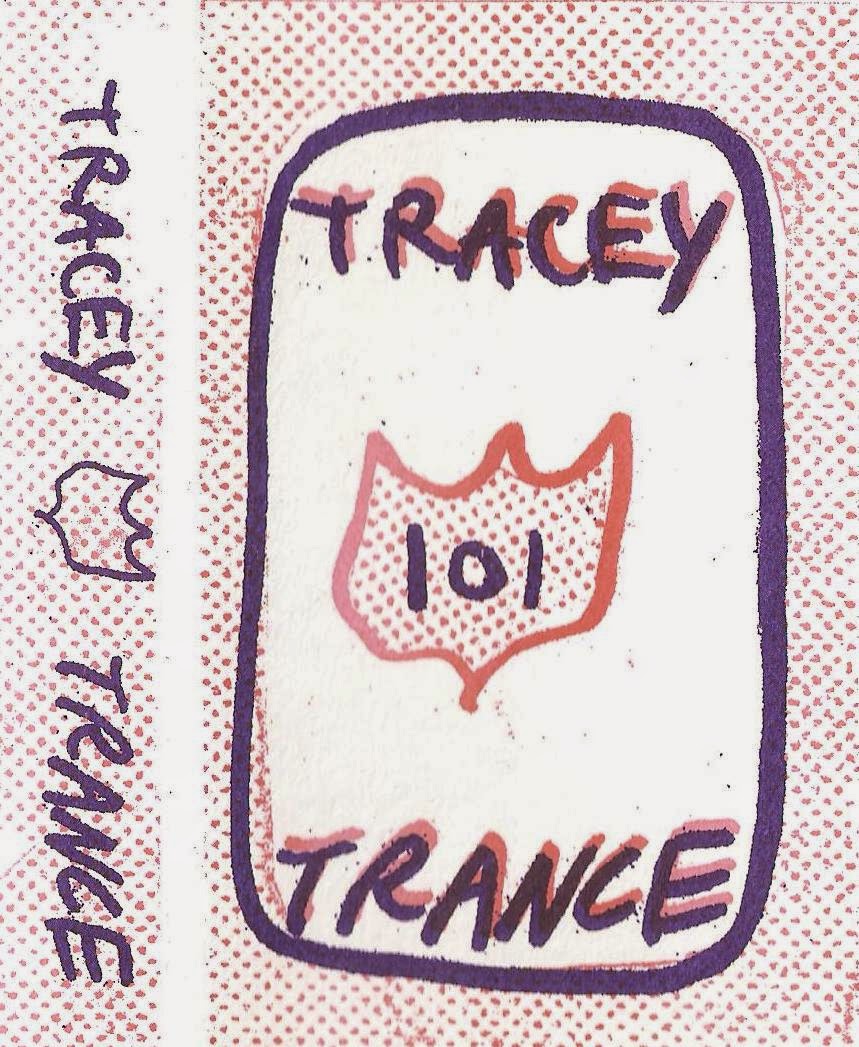 Today's post is brought to you by Jacob Khepler

It's common for a band to make a "tour release"- a limited object you can only get direct from them at shows on tour. Oftentimes it is hastily put together, by bands that don't have a new-enough record to sell at the gigs. As a consequence the tour release is more prone to have goofy shit, live stuff, weird covers, noise parts, and collaborations that would never make the cut on the official release. And as a result of this, a tour release can have a behind-the-scenes feeling, that really makes you think of the band members as human beings. The full release is like a band's thesis. The tour tape shows you what the band is like at home- who they're jamming with and what they're riffing on.

Anyway, this tape isn't a tour tape, it's like the reverse of a tour tape. It sounds recorded on the road, about being on the road, named after the road, with sounds of the actual road, for the benefit of the friends at home. "Our car broke down in the following 8 places, and each place had a nice new friend, a sunny ditch, a kooky animal, and a romantic feeling". It's very sweet!!!!

This tape contains Tracey's high wavering falsetto singing a nice little ditty about experiences on the 101 highway (i think), and another song about friends, intercut with road sounds, alternate takes, the same songs fed through effects, and brief verses and bits of other songs that come and go in a nice natural way. It's basically an EP of filler material, but as I said before, that can be very nice. The songs have an easy fun melody and a simple rhyme scheme that really makes them seem like they were initally written while driving, maybe even freestyled, for the amusement of the passenger or passengers. Many parts feature a keyboard, Tracey's main instrument, played in a loping circular manner as fingers slip and slide across the plastic. The whole thing seems to be recorded on a handheld walkman recorder- in quieter moments the compression on the tiny built-in condenser mic swells and you hear the background rush in. Lots of nice highway sounds too- trucks, trains, bridges, bells. Very nice.

If you are not already a Tracey Trance fan, this tape may be your "101" (qua "introductory class")- these sounds are all present to varying degrees and yes, the music is basically this high all the time (at least). If you like it definitely seek out other releases (especially "Pyber Kub"). If you don't like it, that's totally valid. Do not seek out other releases.

I have no idea if this title is in reference to the Depeche Mode live album / documentary of the same name. It easily could be, and I don't think it's hurting anyone to pretend it is. I would love it if Tracey did a full-on Depeche Mode cover tape- Tracey if you're reading this, think about it. 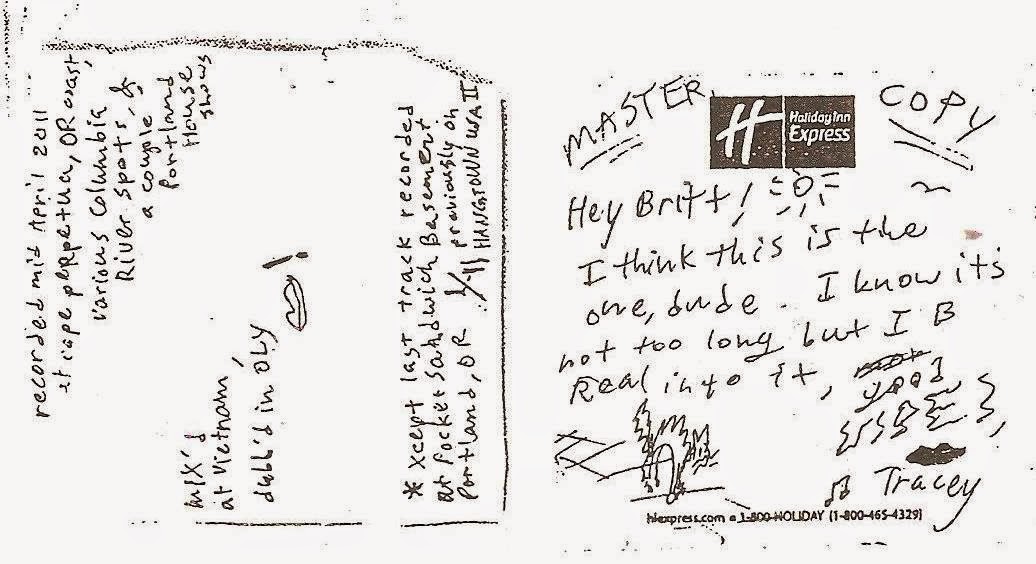 Posted by Harvester at 6:45 PM

I like that she reminds us that the hustle is bland and strange.